The 14th of February

Valentine’s Day. It brings back memories of childhood infatuations and dreams, wishing that that guy would somehow notice you and give you a rose. Even if it was only one rose. Or a little note. Or maybe even a phone call.

But of course those things never happened. And when you’re 15 in an all-girl’s school, seeing those other kids receiving roses from the boys in the school-next-door, you kind of feel… neglected. I tried to convince myself then that Valentine’s Day is nothing special. Roses are expensive anyway, and who cares whether you got one or not? But one day, I received roses. A dozen of them. And surprisingly, I was embarrassed. COMPLETELY.

I wanted the attention, and yet I didn’t. You see, I didn’t expect it from this guy!

Well, years later… I still can’t recall a good Valentine’s Day memory. The importance of Valentine’s Day faded and I didn’t really care whether my boyfriend and I celebrated it. Now that it’s my fifth year of marriage, I think about it even less. But little did I know that I was in for a surprise this year…

A friend of mine, Sharon, called me at 6pm a few days ago on Valentine’s Day. She said that she desperately needed a new portrait shot for some conference that she was going to be speaking for. And since she was leaving for HK the day after and her car battery had died (which was plausible since she lived in Kuching most of the time), “could you come and take the photo at my place, pretty please?”

Alex had earlier booked my time for dinner, and in a casual manner, asked me to dress up nicely and bring the camera. I had spent the entire day with my parents, just doing errands and taking my mom to the hospital, so I was looking forward to a relaxing night.

So, I told Sharon, “Ok, but I have to do it quickly because I have a dinner date.”

When I arrived at Sharon’s place, our friend Rosalyn was there too. The first thing I noticed was that the kitchen door was closed. I heard some clanging sounds coming from the kitchen and I asked Sharon who was cooking. She said it was her washing machine, which I thought was a strange answer. I shrugged it off and we started our photo session. I did not bring much gear with me and so we made do with a simple setup. Even after shooting a number of different poses, Sharon was somehow never really satisfied with the way she looked in them. She changed her jacket, tied her hair up… tried sitting on a chair… I thought she was being too critical of herself… but all she was doing was stalling for time. 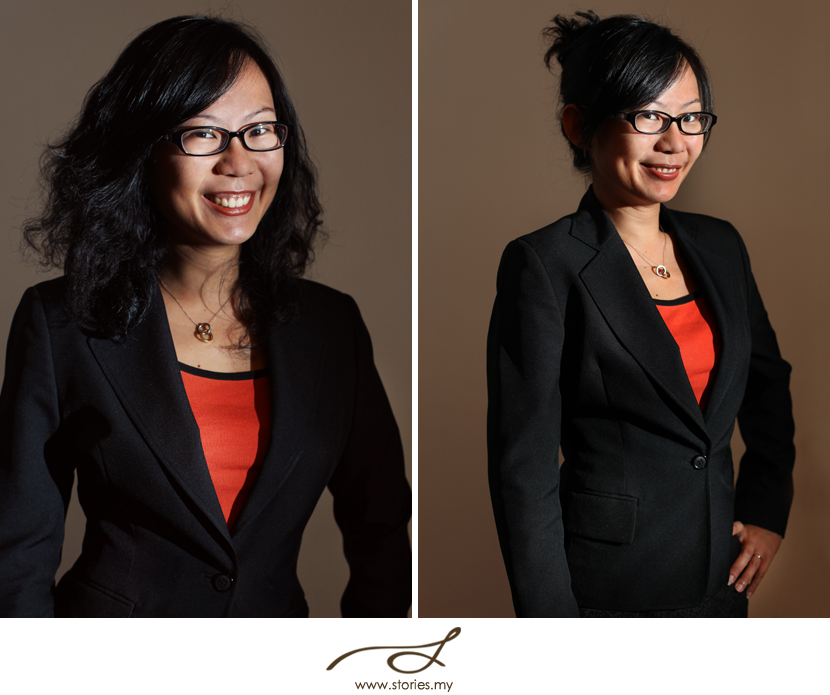 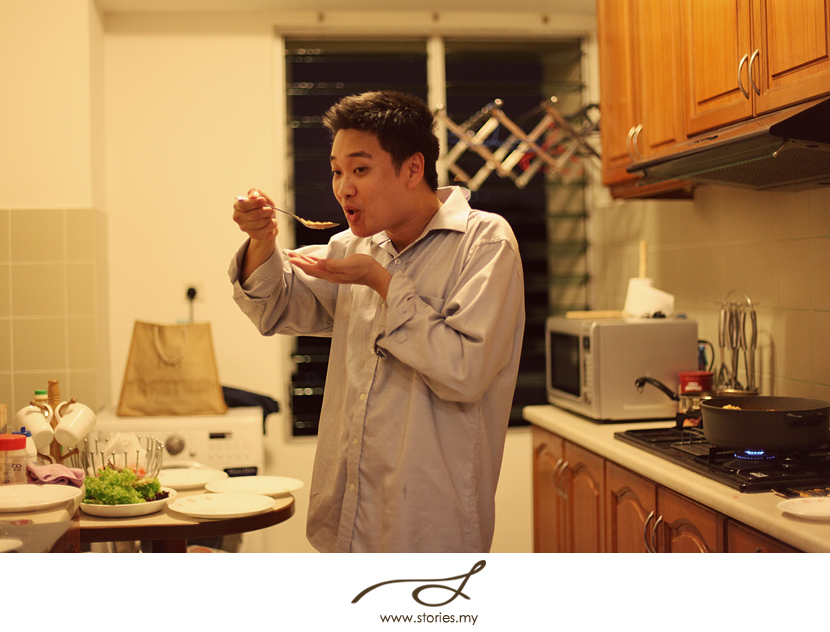 It was all a ploy, planned by Alex. He’s really good at surprises. I didn’t suspect a thing. 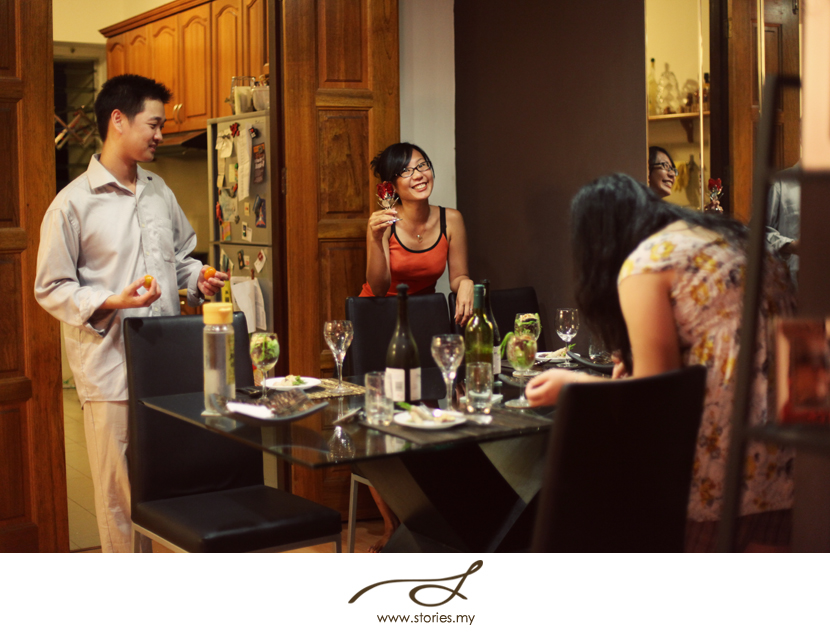 Here is Alex’s version of the story:

3 grocery stores, some RM100 of products, 3 hours of labour later; and the results? Priceless. The look on Grace’s face when I emerged from the kitchen with the cooked meal was unfortunately not immortalized in a photo, but the satisfaction of the surprise will be emblazoned in my memory forever.

I enjoy good conversation and the value of friends tremendously. As such, what better way to spend Valentine’s than have an intimate meal and chat the night away.

I don’t normally cook, but when I’m in the mood, I’ll spend copious hours online researching for recipes that are simple enough, but pack a punch when served. Perhaps I am superficial, I DO judge a book by its cover (have you never bought a magazine or a book because of its cover?). Gents who are reading this, go spend some time on Google and do something unexpected for a loved one – the unexpected is always appreciated a tad more.

Grace: And yes, it was definitely appreciated! Alex had prepared some appetizers and a risotto as the main course.

Thanks darling! Loved the meal (though I forgot to eat the leftovers the next day). Thank you for the taking the time to do these things to make me happy!