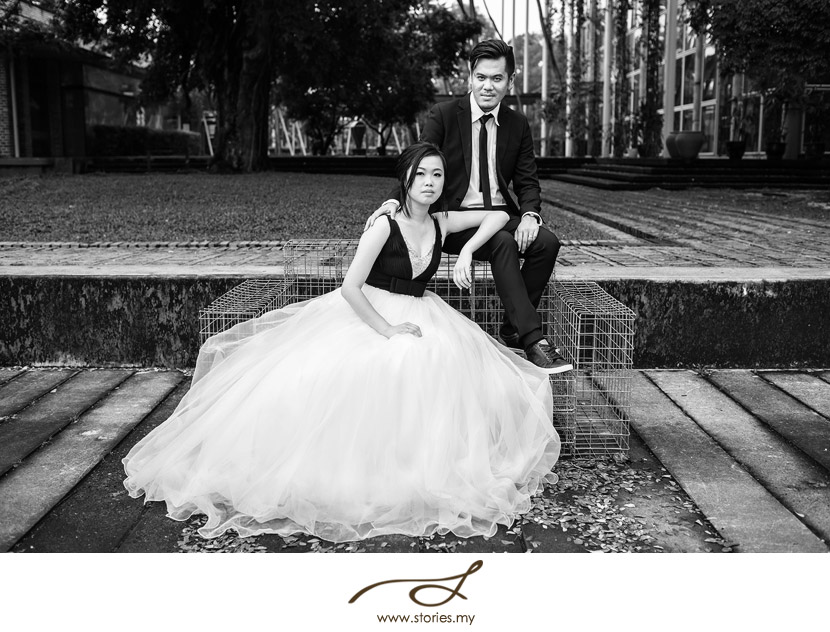 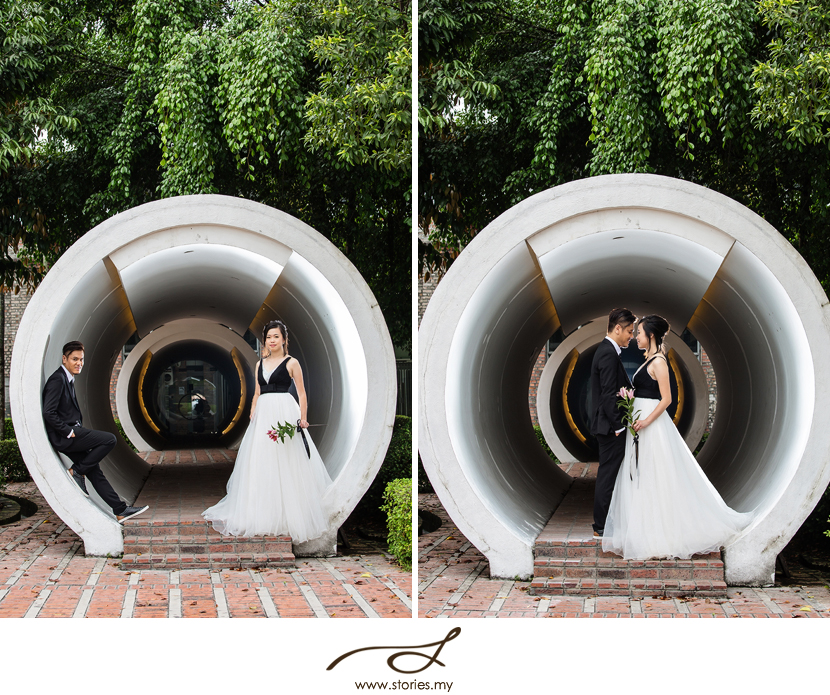 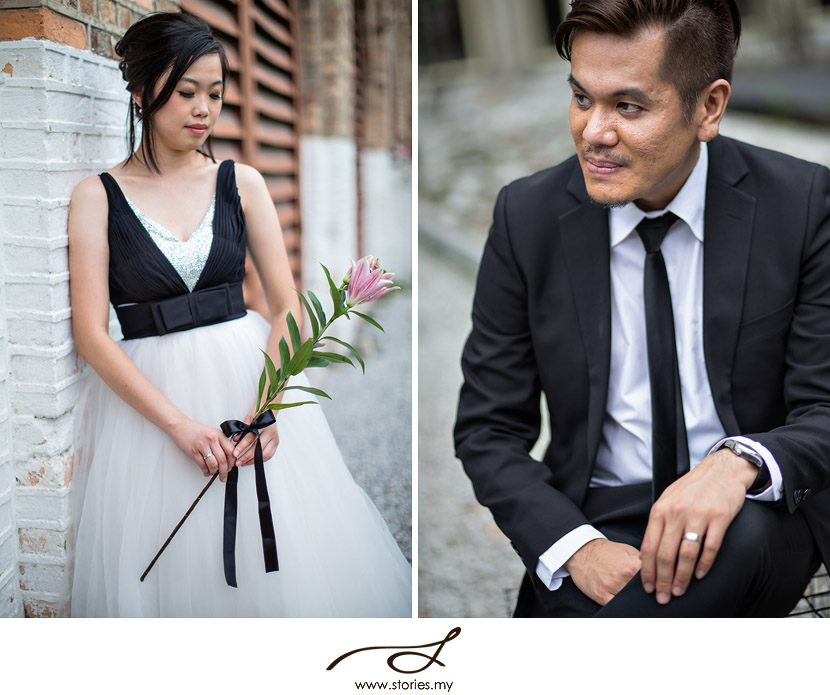 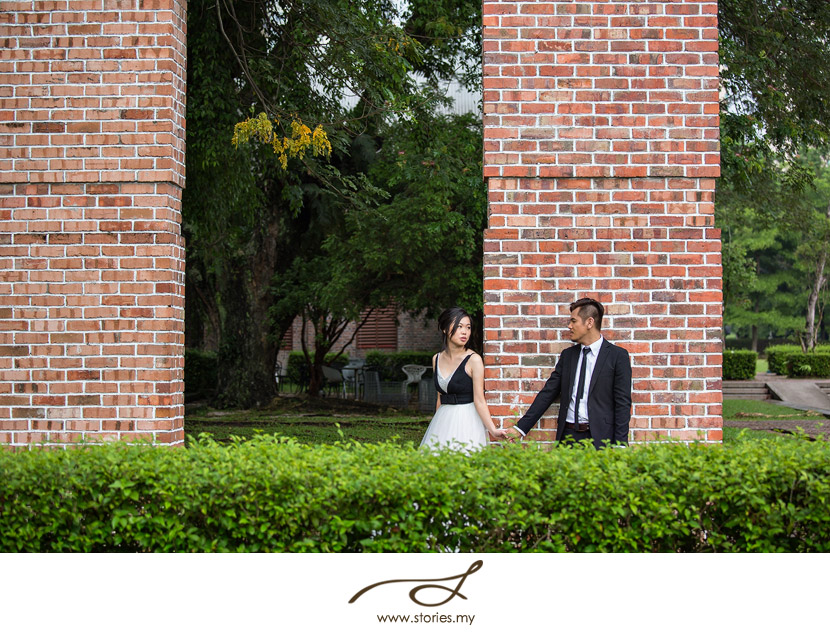 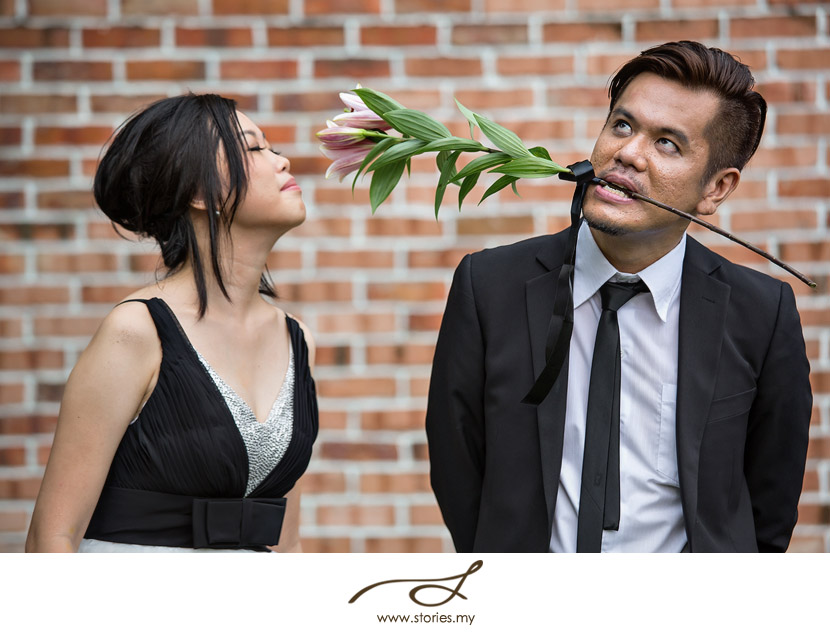 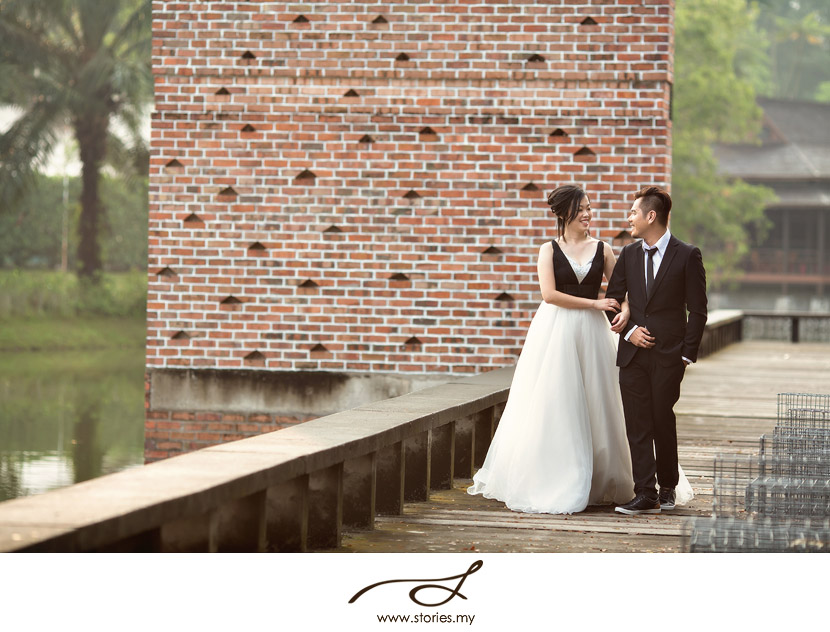 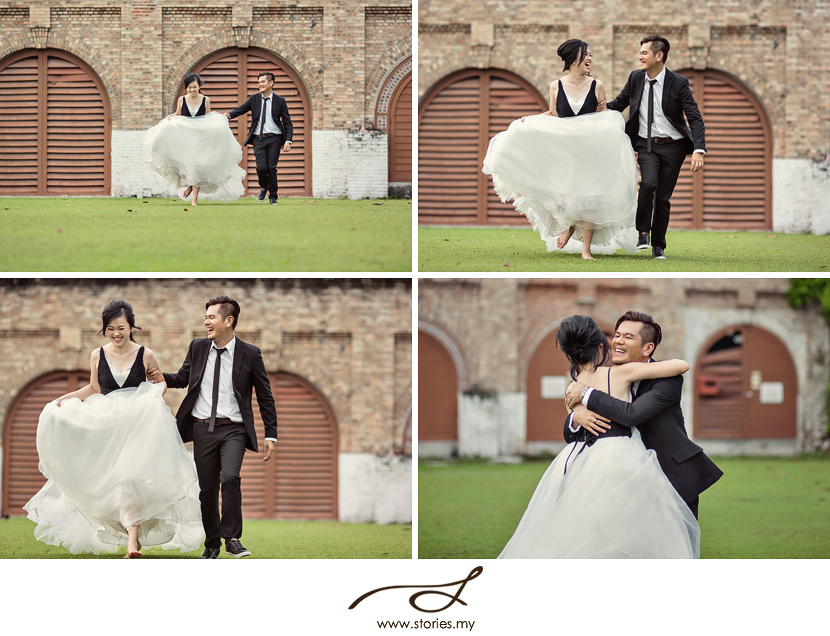 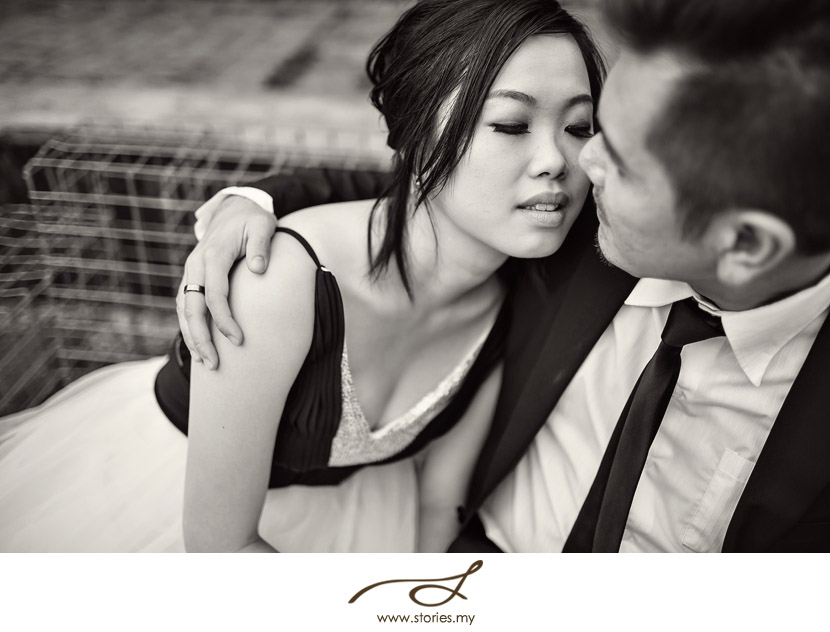 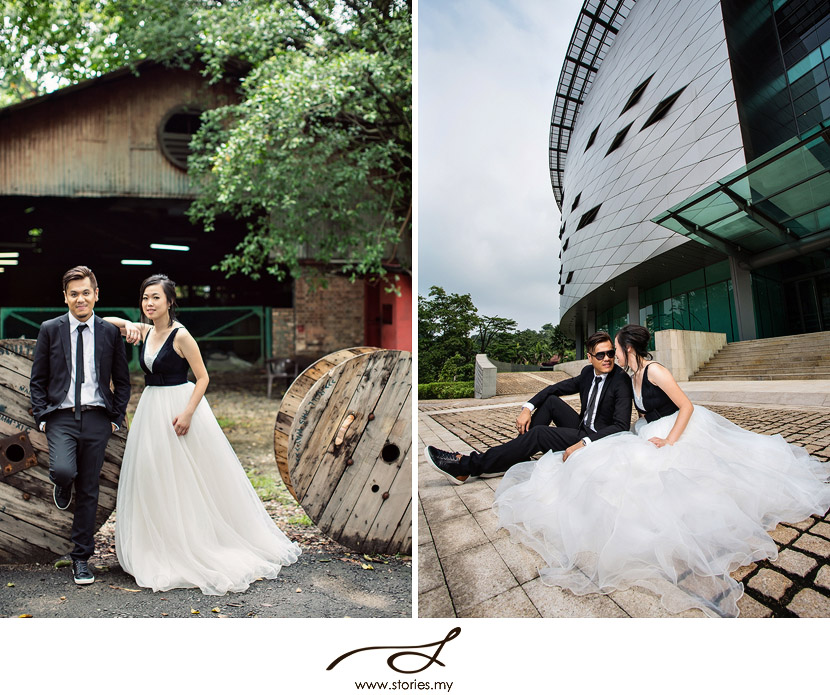 Quick change of clothes and we headed to the streets of KL! 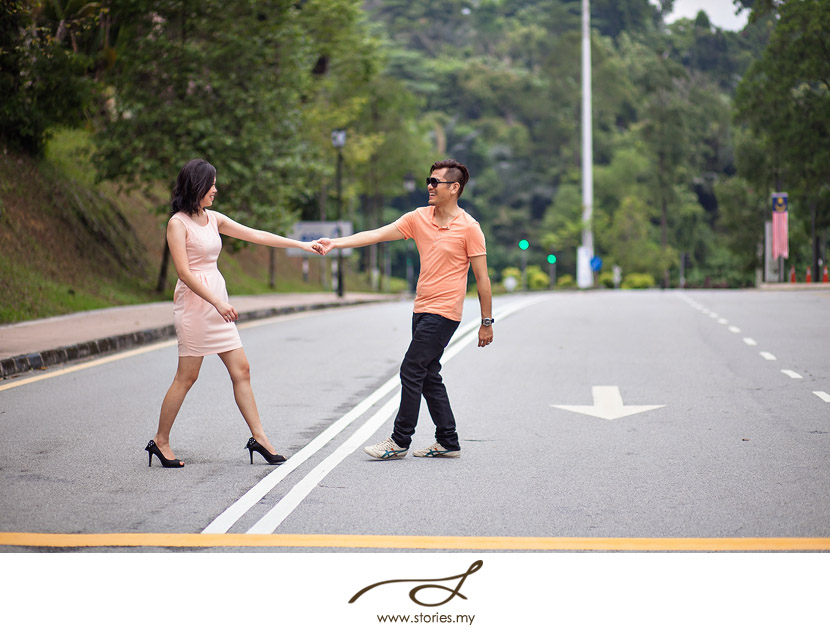 By the way, there is a little story behind the image below (bottom right)… after I posed Kenny and Grace, crossed the busy road to take this photo from afar… a guy walked to the wall behind Grace and started peeing against the wall (it was a few steps below but we could still see half his body). We waited for at least 1 minute and he didn’t move. He must have drank a lot of water that morning! So I had to reframe my shot while he was peeing behind Grace… and took the shot below instead. 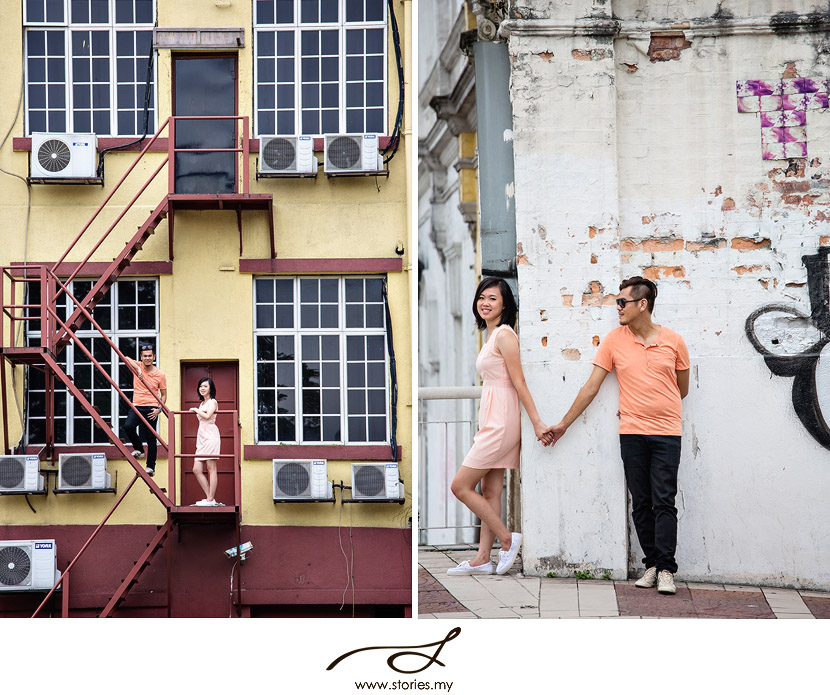 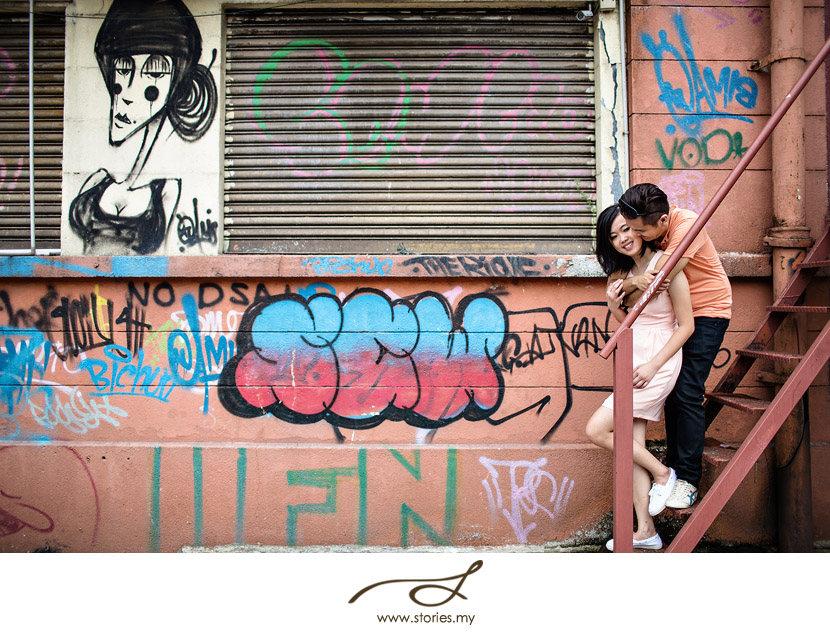 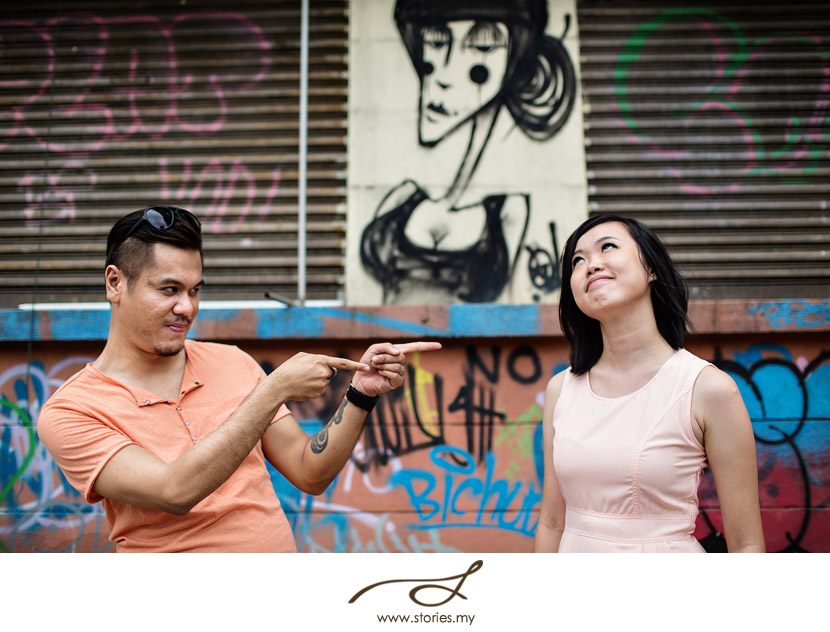 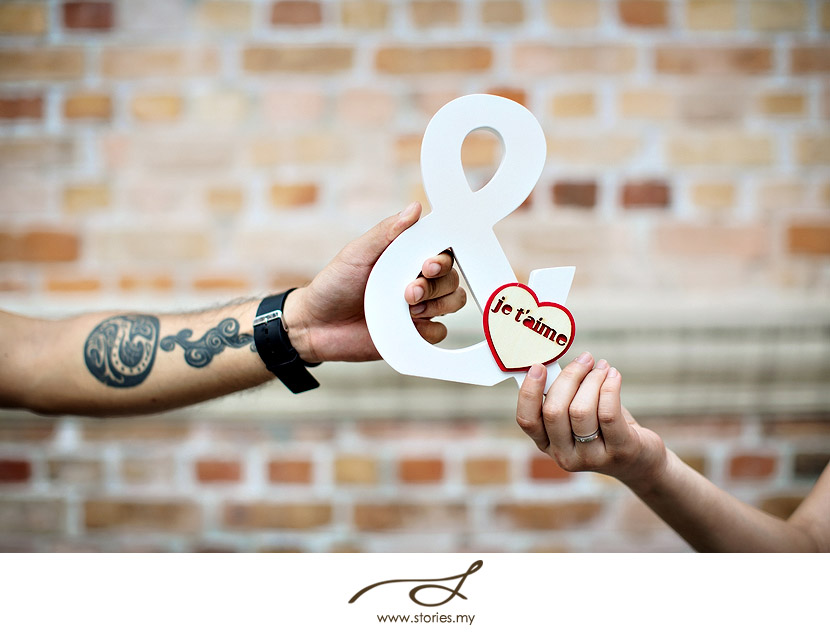 Kenny and Grace, all the best for the wedding! It was great catching up with you, Kenny and getting to know you, Grace. May you have lots of fun adventures together in the future!