God is Writing Their Love Story…

It was 8am. I arrived at Aaron’s home in Subang to be greeted by his warm and welcoming family. In a matter of minutes, they made me feel at home, our conversation drifting from what they do for work to why I shoot portraits for a living to pieces of artwork on their family wall. For an hour, I took some informal photos of Aaron’s family. An hour later, Sheena arrived at Aaron’s place, having rushed over from work not too long ago.

She had just completed her night shift at the hospital, and hadn’t slept at all. After her shift ended, she rushed home, got dressed, did her own make up and made her way to Aaron’s place. I was really amazed at the energy this girl had! I was concerned that she would be really tired for our portrait session, but Sheena made everything look so easy.

The both of them are super easy to photograph. They kept laughing at every little thing I said (or didn’t say!). Our shoot location was no where glamourous. In fact, it was a tiny park across the road from Aaron’s home. I hope these photos show you that it doesn’t matter at the end of the day where we shoot, what matters most is the connection between the couple. Aaron and Sheena were so comfortable in their own skin and in front of the camera. Sometimes I felt ignored. But that’s totally fine with me. :) 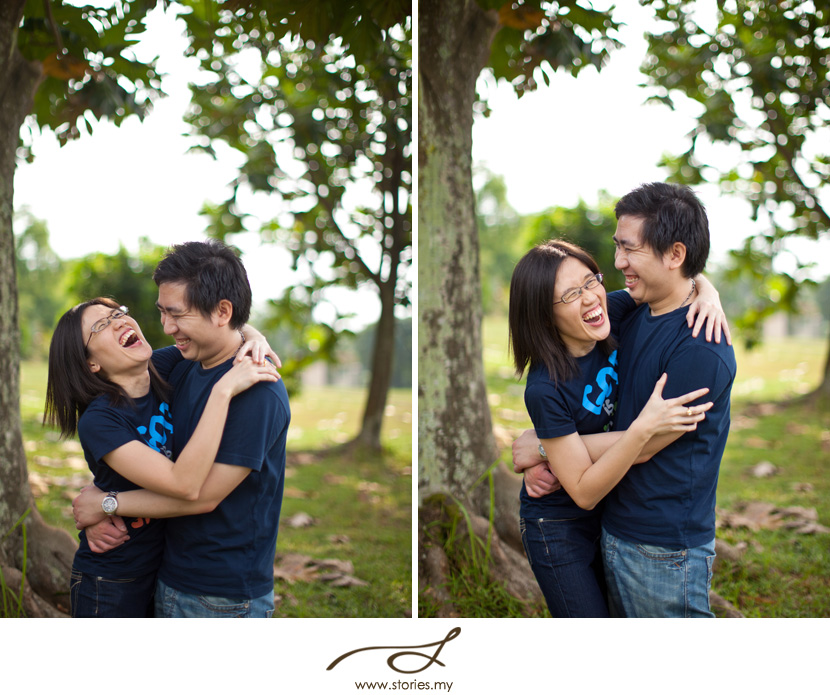 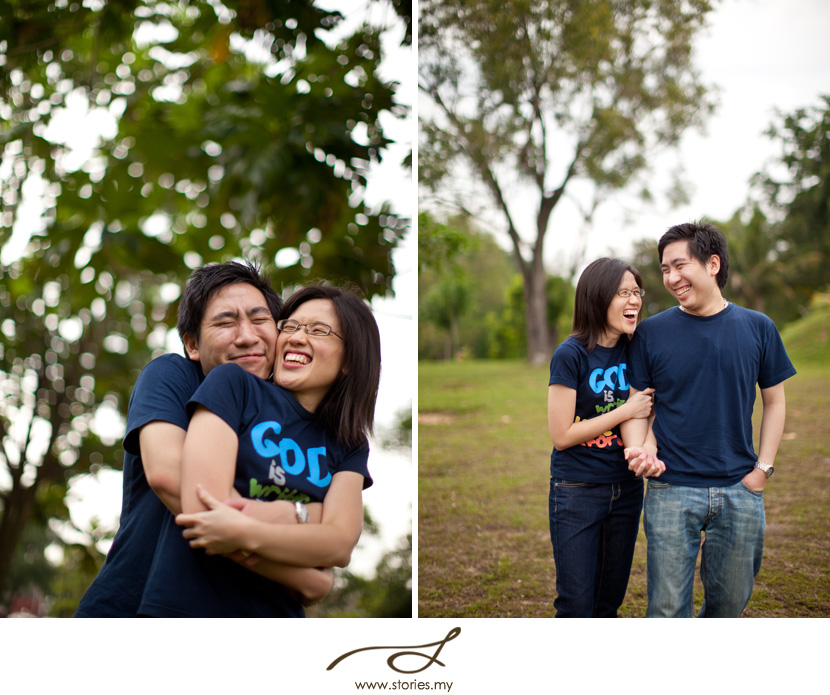 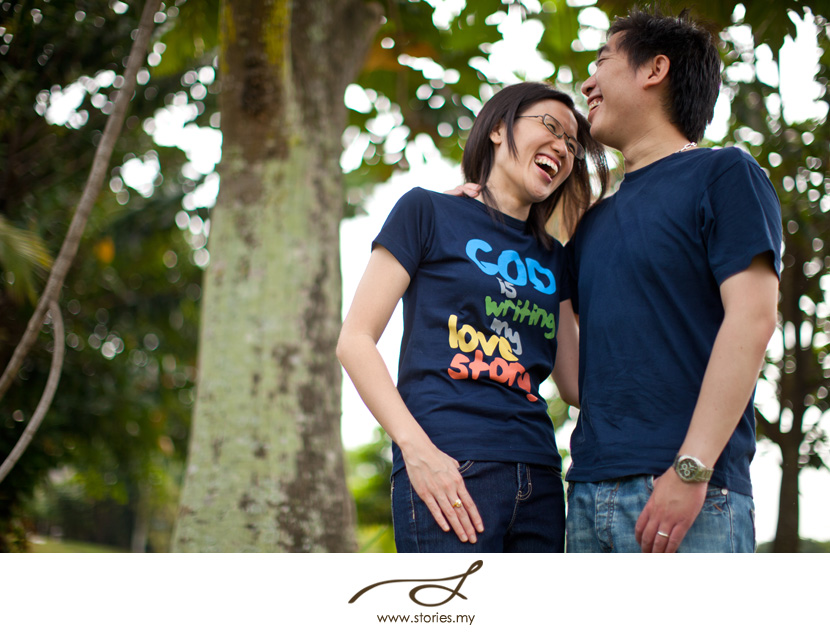 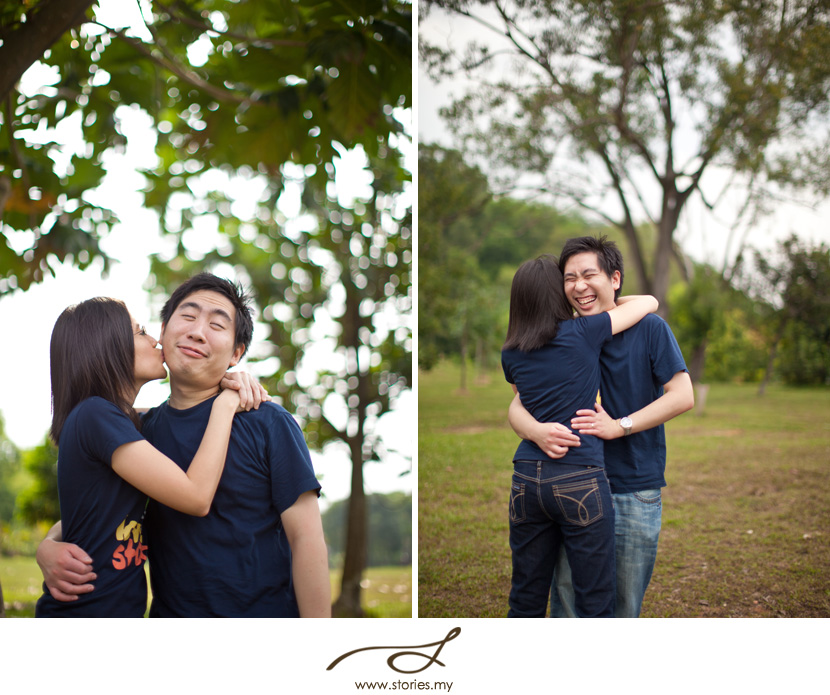 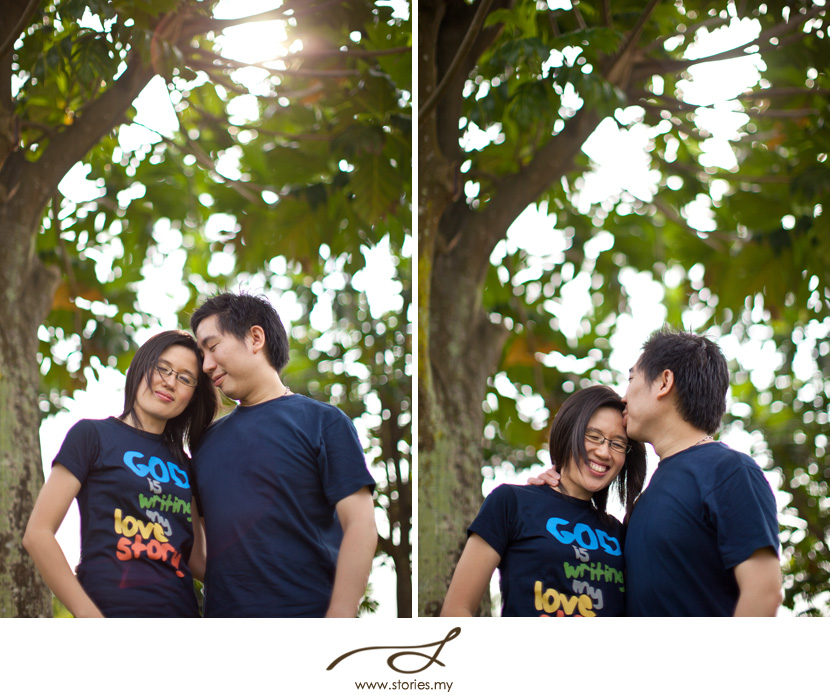 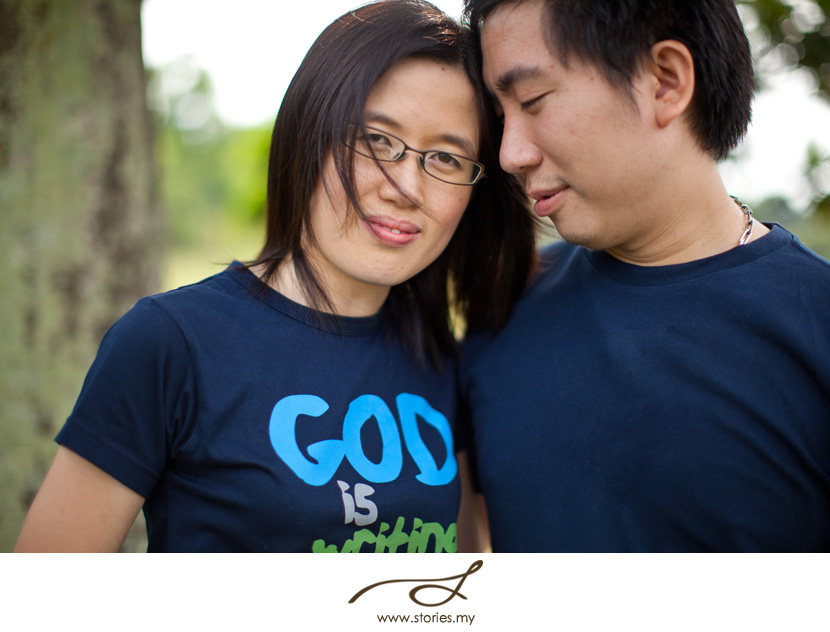 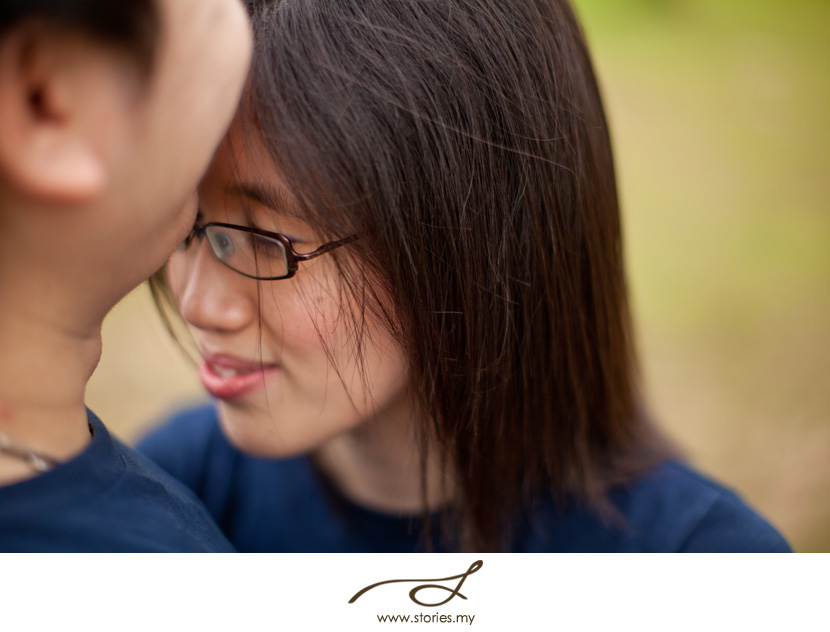 Nice touch with the t-shirt… 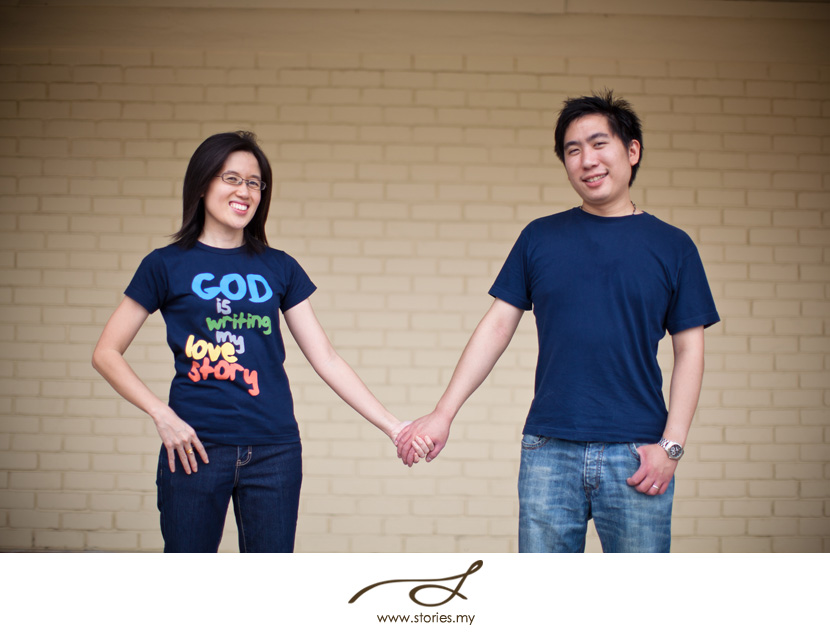 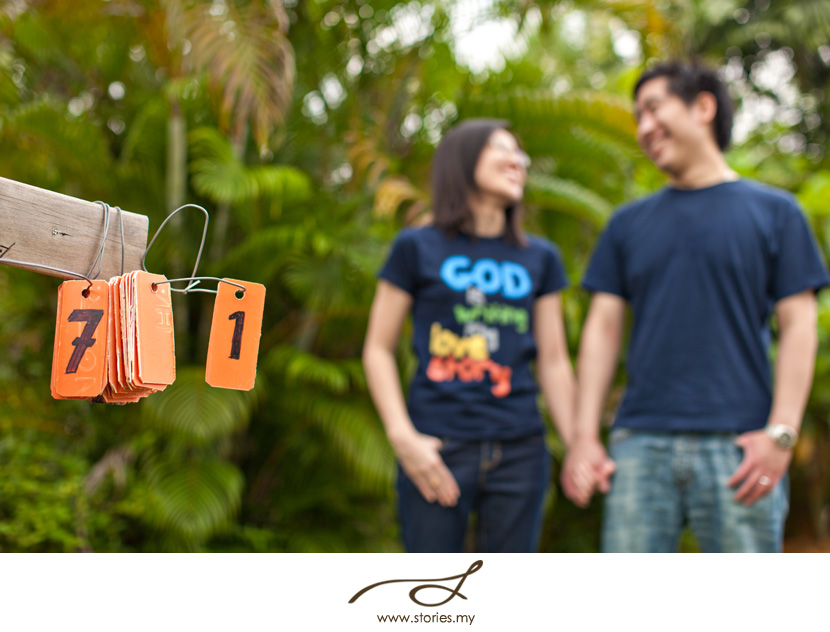 Aaron & Sheena will be getting married on the 7th of January 2012! Our team will be covering their wedding then. So if you are friends of the couple, save the date!