From day 1, their story revolved around food. It was February 2008 when they first met. Chuen Wai was working in Sagano Japanese Restaurant and Kim was interning at Sheraton Imperial. Despite her first impression of him (that he looked really young, even though he was 25 then!), they hit it off, and shortly after that on the same month, on Valentine’s Day, he presented her with a huge bouquet of flowers at work.

Things moved really quickly from that point onwards, as they spent lots of time talking about where to eat, what to eat, what new foods to experience, how to cook those new experiences, watching food channels on TV together, and traveling to places where food would dominate their itineraries.

However, since Kim had to head back to Switzerland to complete her studies, they spent 2 years in a long distance relationship with a 6 hour time difference. Eventually, Chuen Wai moved to Dubai and their time difference was shortened to 2 hours, which made it more manageable. And once Kim moved to Dubai, everything got even more exciting as they relived their love, commitment and passion to each other once again.

This May, Chuen Wai and Kim will tie the knot, and we would like to wish them a hearty congratulations! This shoot was quite a memorable one for the team, because initially, I was scheduled to do their pre-wedding shoot last October. However, the night before the shoot, I was really in a lot of pain from the Urinary Tract Infection I had, plus I was heavily pregnant. That morning of the shoot itself, I went into labour to deliver Kyle. Thank God for Jamie and Diane who were really amazing as they stepped up to replace me.

So before the shoot ended, I had Kyle in my arms. Though I never met Kim and Chuen Wai personally, I had communicated with them through many emails, and seeing these images made me feel that they are such a fun, relaxed couple to be around. Perhaps one day, we will meet and I would love to sample some of that cooking! 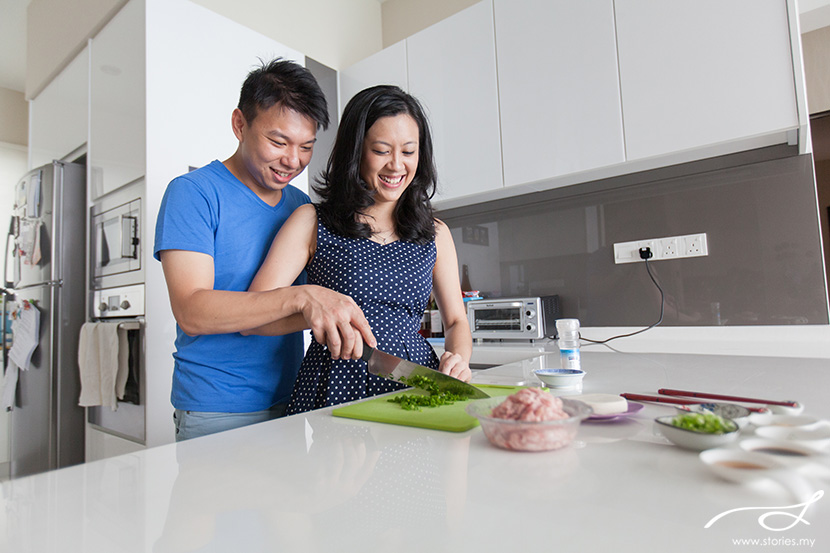 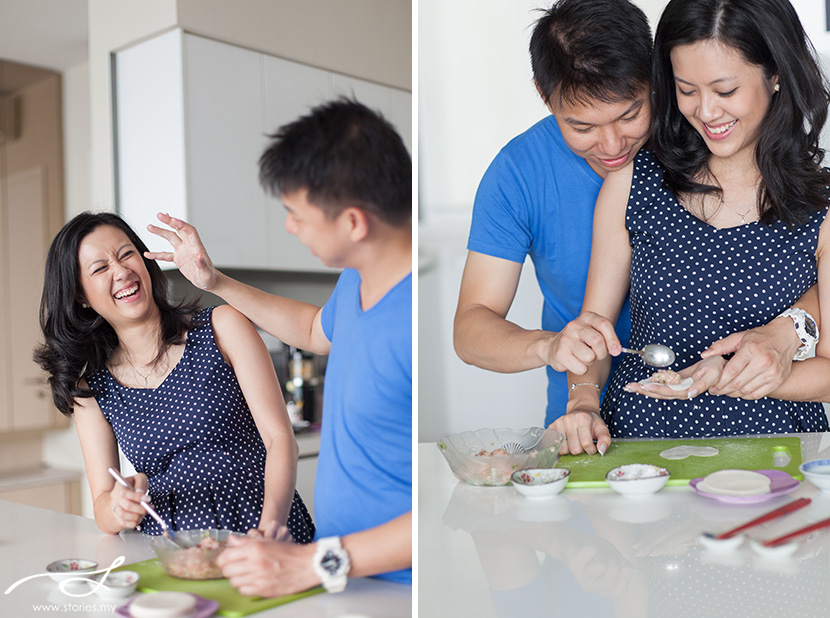 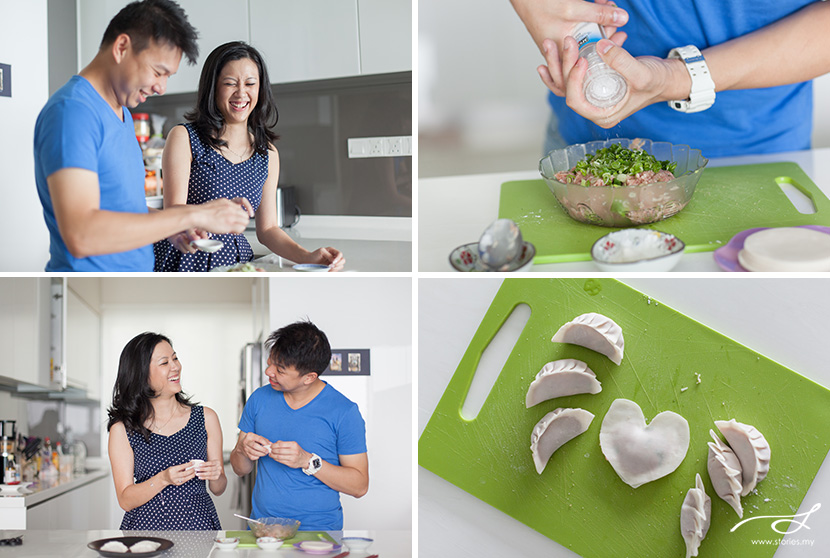