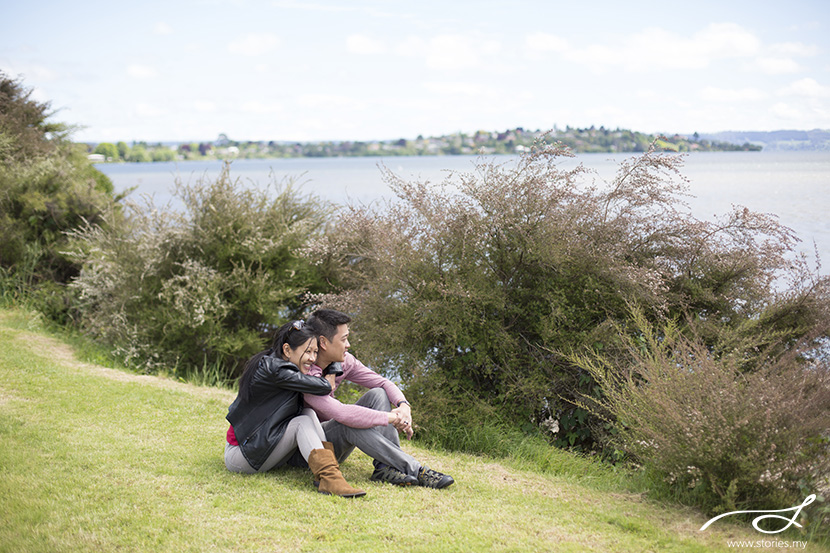 As a wedding and portrait photographer, I have seen the extreme highs that couples go through as they set their sights on the one they love, and say their vows to always be there through good and hard times. Personally, as I also speak to couples in my daily life, I realize that it is easy to let the flames die out all too soon. Often times, arguments happen over seemingly small, trivial issues. But it points to deeper, unresolved issues, usually parent and family issues from the past.

This is my 13th year of marriage. I have to admit, while my love for Alex has grown deeper through the years, I have also gotten pretty complacent in our marriage. I don’t make much effort to surprise him (ever), think of doing things that truly please his heart or even attempt to wear beautiful lingerie to sleep (I had to put aside my pineapple pyjama pants because of this).

We’ve gotten way too comfortable towards each other.

That is why I appreciate the little things about him. How he does make the effort to do things like taking care of the kids while I go succulent shopping, plan mini stay-cations in the city or just prepare maggi mee by candle light in our bedroom after a long day of shoot.

I love him for all these little things and more. God is reminding me that while it is nice to be the recipient of all these little acts of love, I need to invest in his emotional tank too. I must go beyond my own comfort zone, laziness and make an effort to bring romance into the marriage over and over again.

I hope you do too. Happy Valentine’s Day.

(oh, and if you need some date night ideas with your spouse, head on over to Comma – Rethink Life and check out this post.)

As a wedding photographer, I have seen many couples going into marriage with rose tinted glasses, so in love with each other and oblivious to each other’s faults. But just one year into marriage, it is easy to find the ‘honeymoon’ phase has passed and now, the glasses are removed, and both eyes are wide open. I believe it is important to go into marriage with a realistic point of view while maintaining some form of idealism.

Conflict will surely happen in any marriage. Unmet expectations can creep up easily, and soon, you’ll find yourselves dealing with more than you can handle. Don’t worry, this is really normal in any relationship. The important thing is to develop the tools to help you deal with conflict when it happens. In our interview below, John and Radiance are an everyday married couple, sharing how they handle conflict in their marriage.

And if you missed Episode 3 of Comma on how to NOT sabotage a relationship, click here to watch it!

Challenges of a cross-cultural relationship 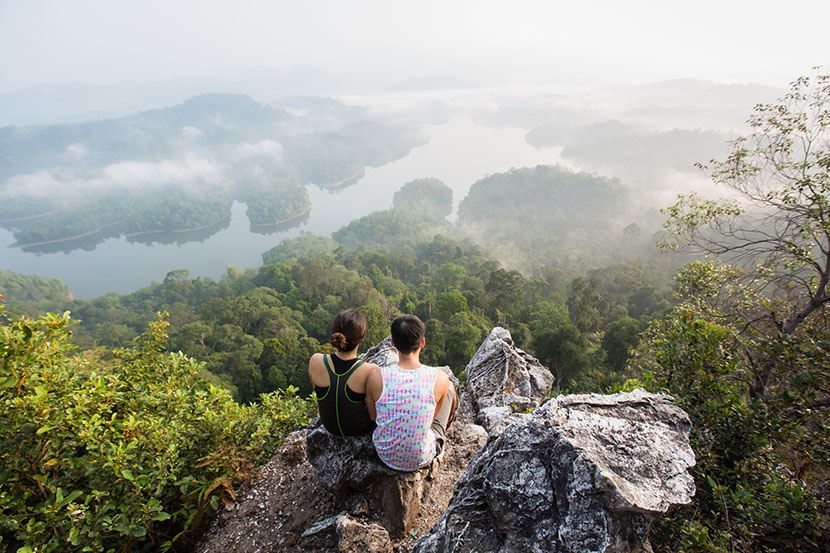 Over a year ago, I met Joseph while rock climbing. As much as I would like to say that I fell, he caught me and we fell instantly in love.. that was not the case. Like many Malaysian (or Asian) relationships, it started off at a mamak with some friends.

Fast forward 9 months into the relationship, it is safe to say that being in a cross cultural relationship is enriching and fun, yet it comes with its own set of challenges. I forgot to mention that Joseph is Filipino and I am, of course, as Malaysian as a girl can be. When I was younger, I always had this idea about dating a foreigner. I have always enjoyed getting to know people from different cultures and I thought how much fun it would be if that was a lifetime thing.

Obviously, I was naive. Every relationship has its challenges, and adding cultural differences into the equation is like asking for more work to do! Learning and adjusting to each other’s worldview, lifestyles and beliefs wasn’t as easy as I thought. Food habits was one of the first hurdle I had to learn to accommodate. Not only do Filipinos refer to ‘dinner’ as ‘supper’, their taste in food are at the extreme ends. Something that is bordering diabetic to me is not sweet enough for him; something that is bland to him is too salty for me. Although English is our first language, Joseph had to adjust to my Manglish slangs. Teaching him the difference between lah, meh, mah etc was quite a challenge. There were even times when he had to ask, “Like this cannot.. lah..? ..meh?? ..leh???”.

Despite our differences, I’m ever thankful that we share the most important thing, which is our love for Christ. It is not only about sharing the same faith, it is sharing the same values and principles that are fundamental to both our lives.

I am no expert in relationships, but what I have learnt so far is that: communication is key; and having the support of your family and closest friends is more important than you think. At the end of the day, it is all about choosing to love a person, and making that choice is a daily decision in which you have to let your selfish desires go. And when I’m at the altar, I can finally say, “I choose you!” (pun intended – but probably only Pokemon players can understand). 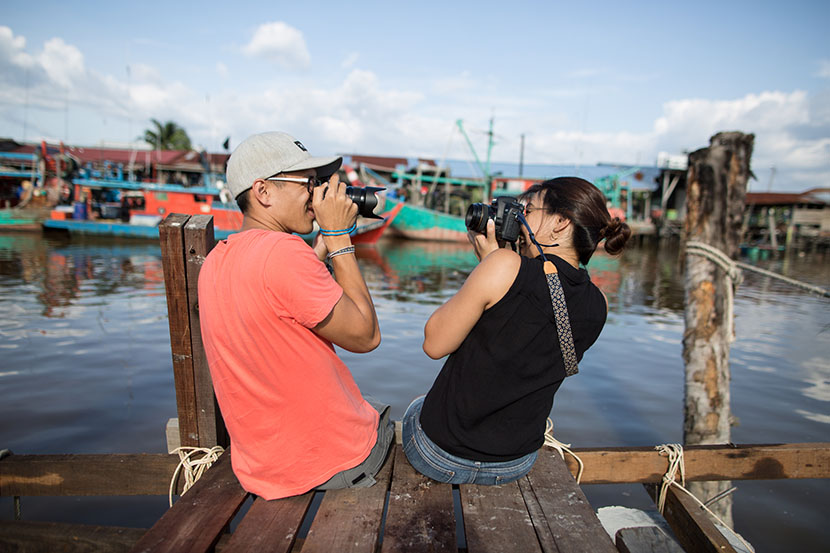 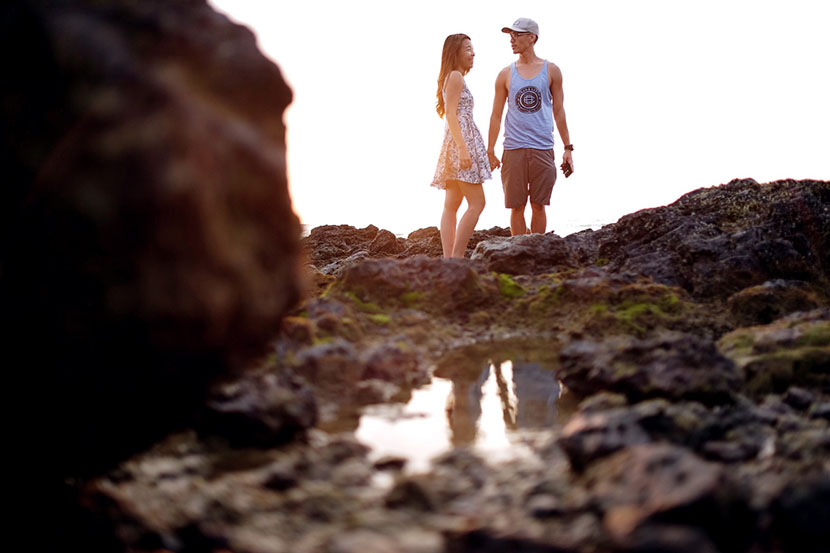 Our 8th Year Together

This morning as I sat on the golden throne which is my toilet, unhappily clutching my stomach from a bug that has decided to hit me at the most inopportune time, I thought to myself, “What a great way to start our 8th year anniversary.” We later joked about it especially when Alex willingly picked up the disinfectant and helped clean the toilet after I was done. What a romantic start to our day.

But what struck me this morning was that this really is an act of love, more so than just the gifts you get on special occasions, or the fancy-schmancy dinners that are planned ahead of time. It is these very things that get taken for granted on a daily basis. The little things we do for each other that demonstrate love in bite sized pieces. Though I love the large acts of love (like planning for holidays together, date nights etc), it is these little things that keep my emotional tank full on a daily basis.

I believe it is these very things that make me feel so loved and cherished these past 8 years. I just hope and pray that I am as good a wife as Alex is a great husband. Growing up as the youngest child in the family, I am used to being pampered, so my selfish nature is something I have to battle with constantly. Over the years, through our heartaches and arguments, I have learnt what it means to live less for myself and more for others. Marriage is one relationship instituted by God that truly brings out the best and worst in you.

So my dear, I am sorry for the times that I might have taken you for granted all these years. With God’s help, I hope our marriage will continue to strengthen through and through. Love you heaps.

Oh, and here’s a reminder of our wedding vows said 8 years ago! 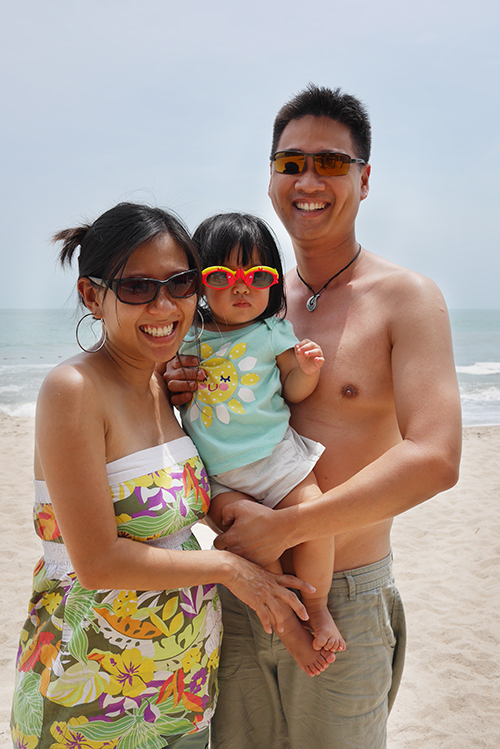 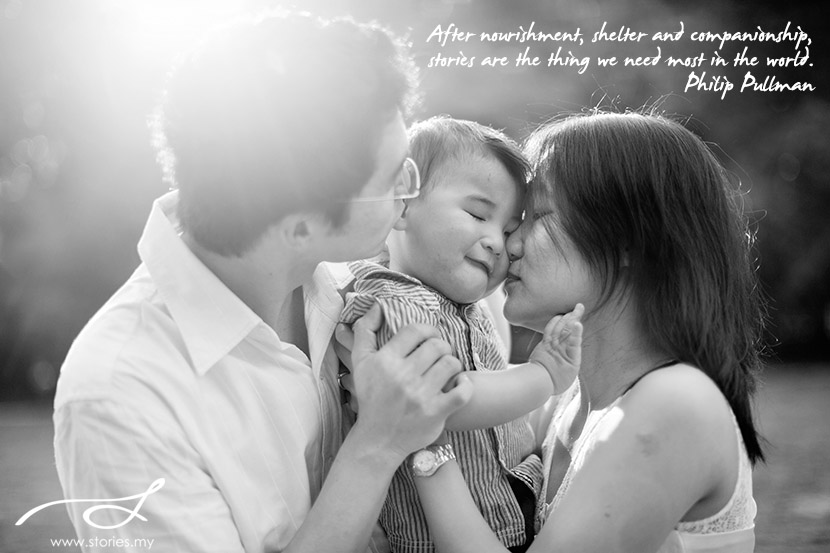 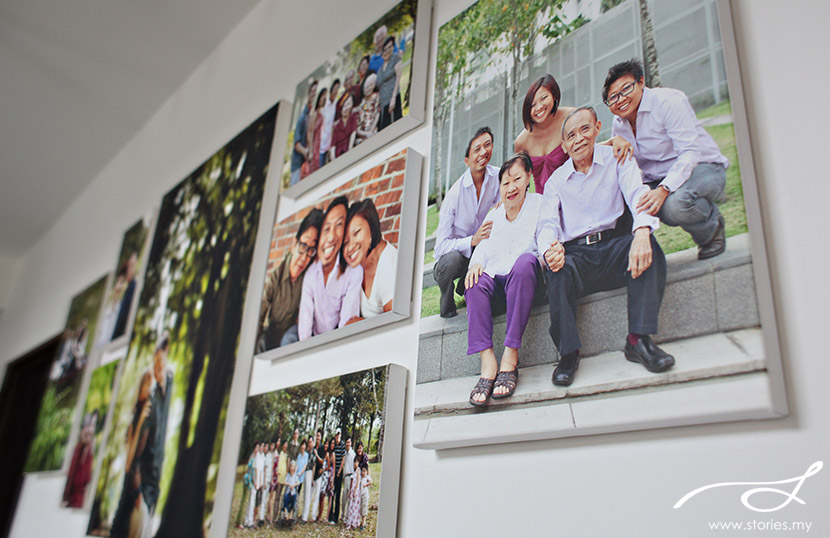 One of the most cherished items I have in my house are the canvas prints of my family photos, hung beautifully on the wall of my living room. The photos were taken at various locations and  at different times. But I remember each moment as if it was just yesterday. Recently, I started a wall of photos for my little girl, Krysta. Later, I hope to build a staircase filled of memories from various family events… some images could be as simple and routine as a meal at our dinner table.

Compared to our parent’s years when you’d only be taking photos at special events (film was expensive and not everyone owned a camera!)… images now flood every single moment of our life. I know of friends who would shoot burst mode on their phone cameras to capture that one moment where their kid is smiling at the camera. Unfortunately, those images stay in their phone (and the blur ones, if they are like me… sometimes NEVER get deleted… until, you are left with no choice when one day your phone tells you that you are running out of space).

But even with image technology getting better and better over time, it’s pretty rare that a family gets together for professional portraits (How often have I heard of comments by moms who say… The husband is behind the camera…somewhere!). And I know what it’s like to have your photo taken by Mr Tripod. It’s pretty dull and uninspiring.

So I do hope that we will have the honour of photographing your family and building your wall of memories. May each image be a small piece of the puzzle which tells a story of your life.

Recently, we photographed the Hui family. Mark and Mun Tzin are dear friends of ours. Mark is one of our resident photographer and Mun Tzin is an efficient and creative event planner, running her brand Milestones. Here’s a little story about her family. 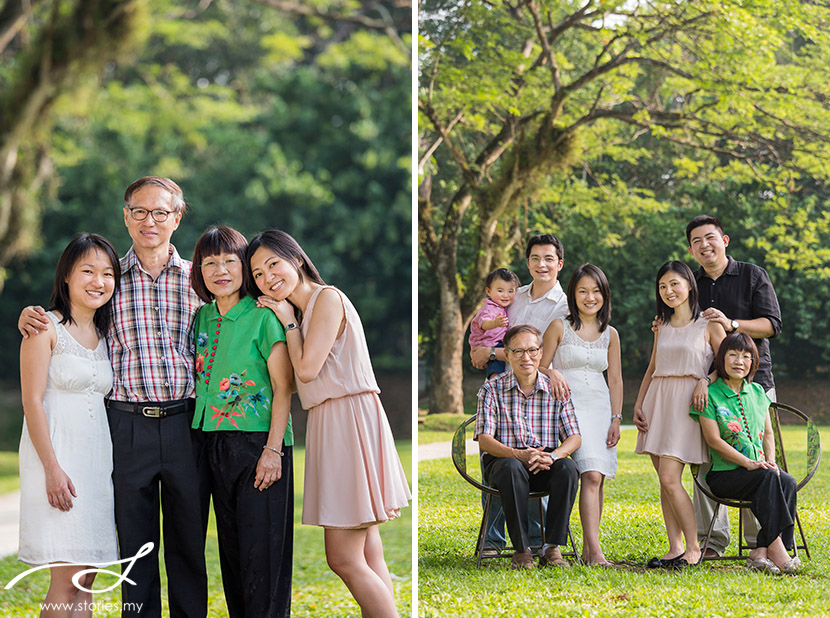