It’s really so exciting whenever I hear proposal plans, and even more so when you are involved in it! Tonight, Alex and I had the privilege of witnessing Mark’s proposal to Mun Tzin at House & Co in Bangsar Shopping Centre. Mark is one of Wedding Story’s key photographers and an extremely good friend of ours. For weeks, we discussed proposal ideas and thought of what to do to make the proposal exciting.

Mark even thought of proposing during the recent ShootFest! But in the end, he decided to do it in the company of his closest friends. The idea was that Mark, Mun Tzin, Alex and I were supposed to be filming and photographing another couple’s proposal. The couple (Boon Keat & Melody) are close friends of Mark’s, and he had convinced Mun Tzin that Wedding Story was hired to cover the event. So we went to BSC today… Munz did not suspect a thing! In fact, Mark had bought a bouquet of flowers for Munz but told her that it was from Boon Keat for Melody. She even carried her own bouquet to the proposal location unsuspectingly!

As she was focusing her camera on the guy proposing, he opened this sheet of paper with the words, “Look at Mark now”… Munz was stunned! She turned to Mark, and there he was, on his knees! We got the entire proposal on video, so we’ll upload it sometime soon!

Well needless to say, she said yes!! Here are just a few photos from this momentous event tonight. This is Boon Keat, pretending to propose to Melody! 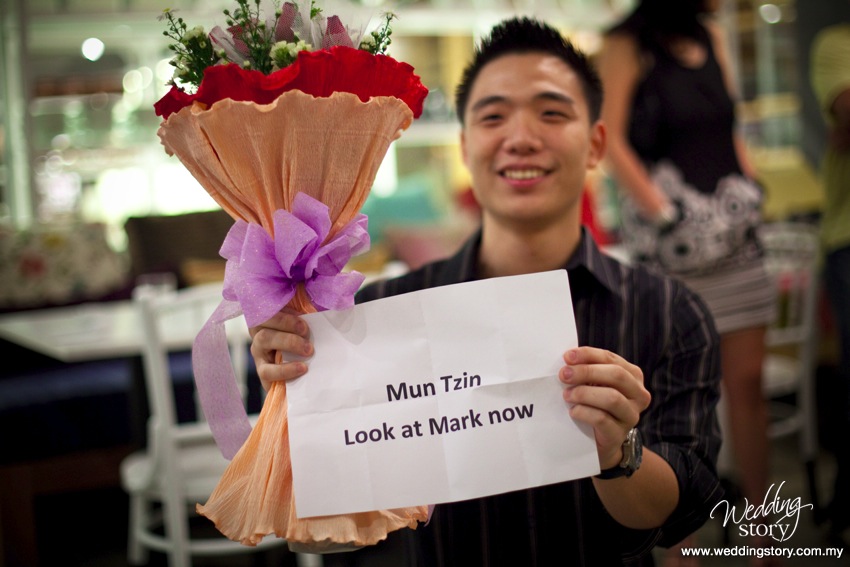 They are a really really happy couple. So happy for the both of you! 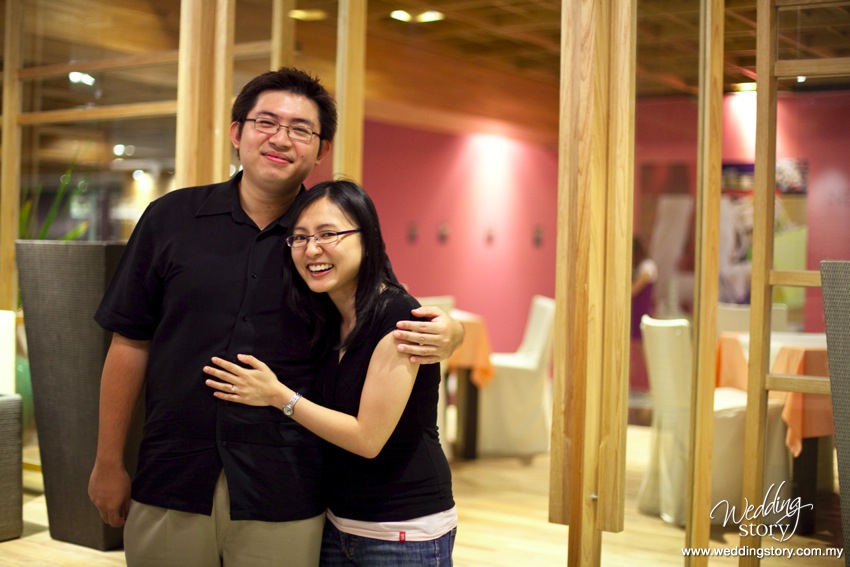 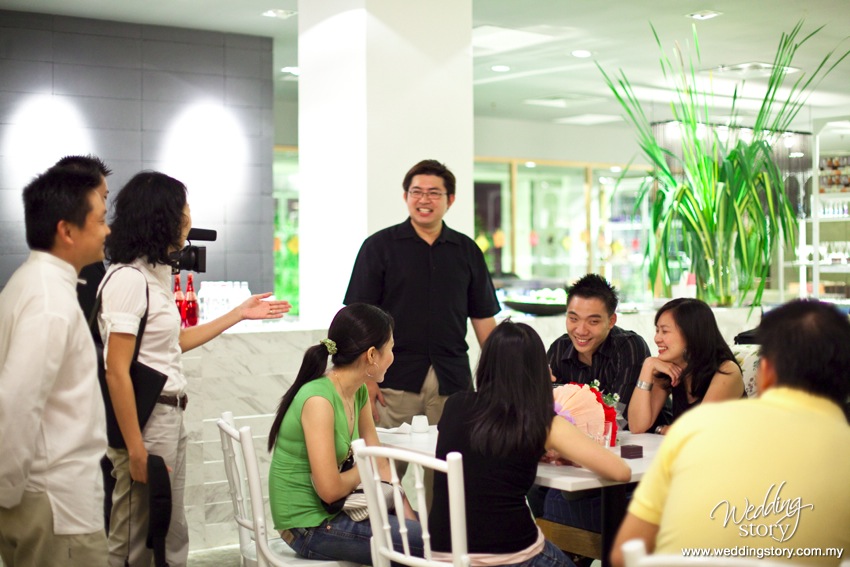 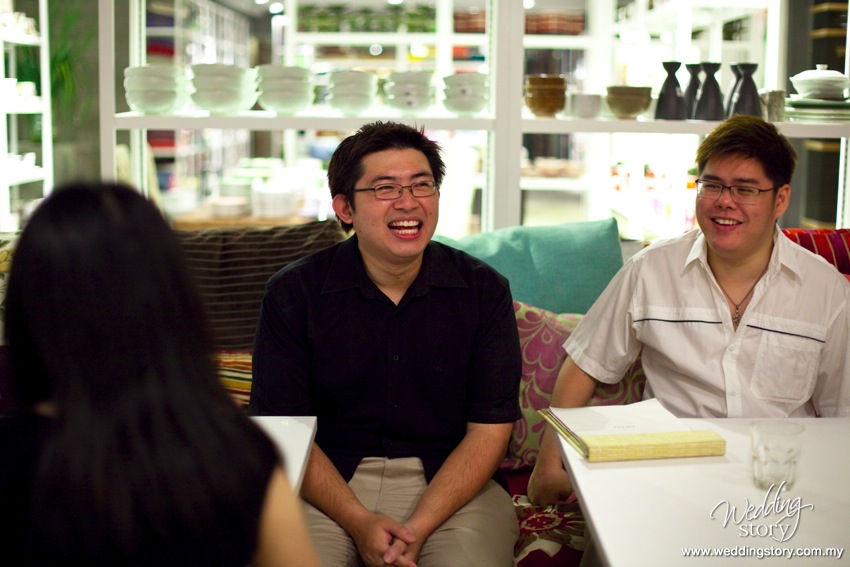 The couple Boon Keat and Melody 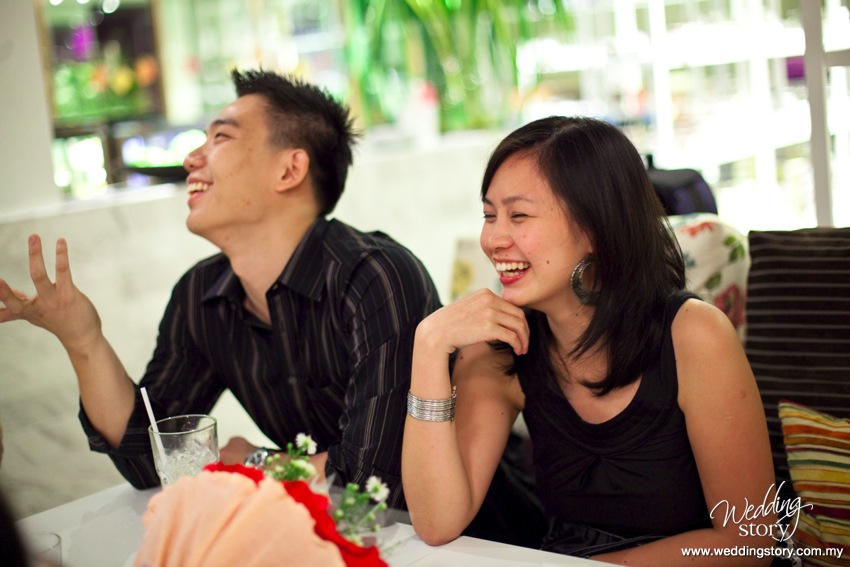 Just one of Munz and Mark’s funny faces. 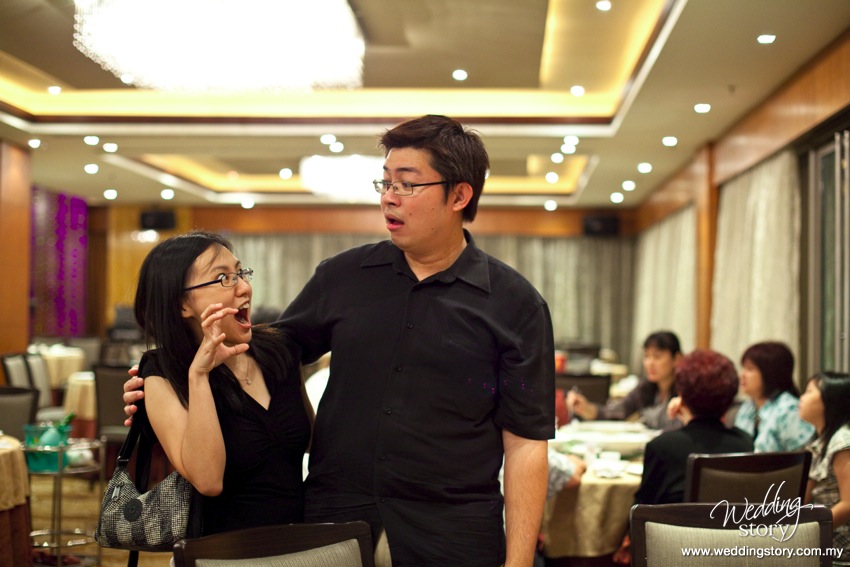