Our New Ride – The Volkswagen Kombi!

One fine day when Alex and I were talking about life and business, an idea suddenly came to his head… he suggested that we get a Stories-mobile; the Volkswagen Kombi. Frankly, I was a little hesitant at first… I mean, that thing is huge, OLD and might be really hard to drive. Good thing I can actually drive a manual car! I was concerned that I might not reach my wedding shoot destination if I had a vehicle like this. I shrugged the idea off until Alex brought it up again a week or so later.

He started showing me photos of really beautifully done up kombis online. I was smitten. Slowly but surely, I became hooked to the idea. And that was how our search for the VW kombi started. We contacted some friends who were VW enthusiasts and they put us in touch with other enthusiasts.

And then one day, we found this: 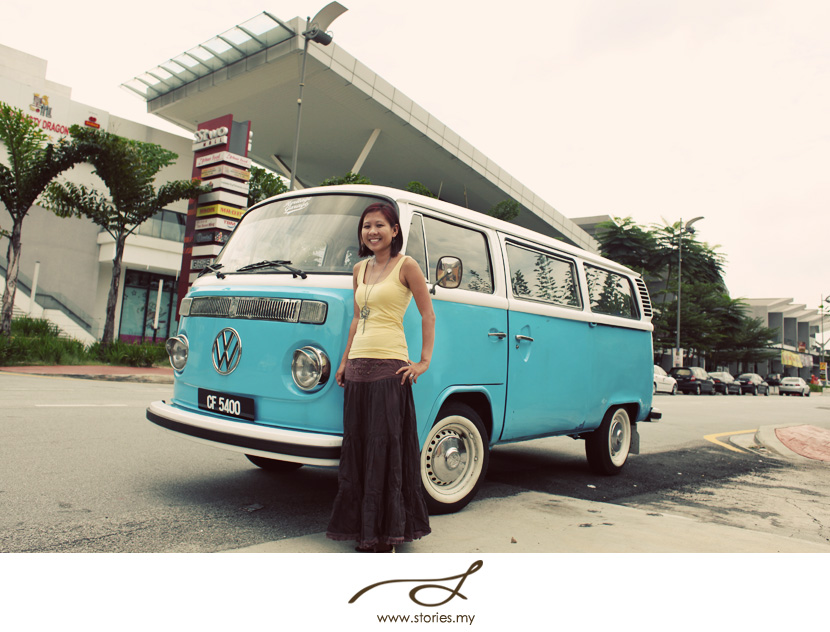 And so, unintentionally, the date 11.11.11 became significant to us. It was the day we bought our new bus!

By the way, this photo was taken in front of SS2 Mall, our new office space! But that’s a completely different blog post altogether. Take note that I went the hippy route and dressed for the occasion.

The kombi is in really good shape (considering it’s like a few years older than me… did I mention that I am over 30 now?) The colour is perfect cause it’s what we wanted in the first place (our Stories theme colour is light blue and dark brown). Some even pointed out that the number plate is perfect for a photographer (CF, as in, compact flash cards). I felt as if God was giving us the green light to get this bus.

Our little kombi will be used for shoots, and will also be rented to bride and grooms who are interested in using it as a wedding car. So far, 2 brides have already contacted me about the kombi. Our aim is to get it spruced up even more, but good thing is that it already comes with air-conditioning!

I love this little detail that came with the kombi… the eyelid! 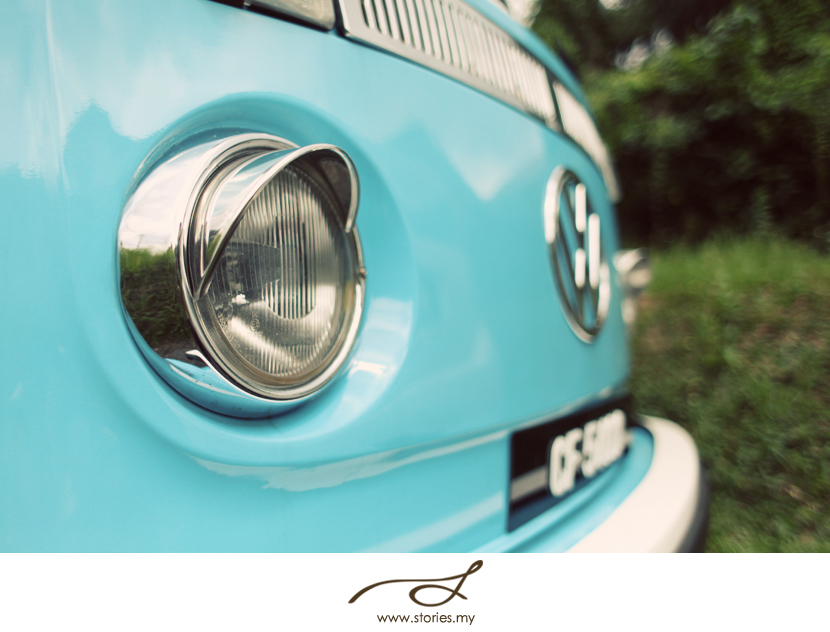 Alex behind the wheel… 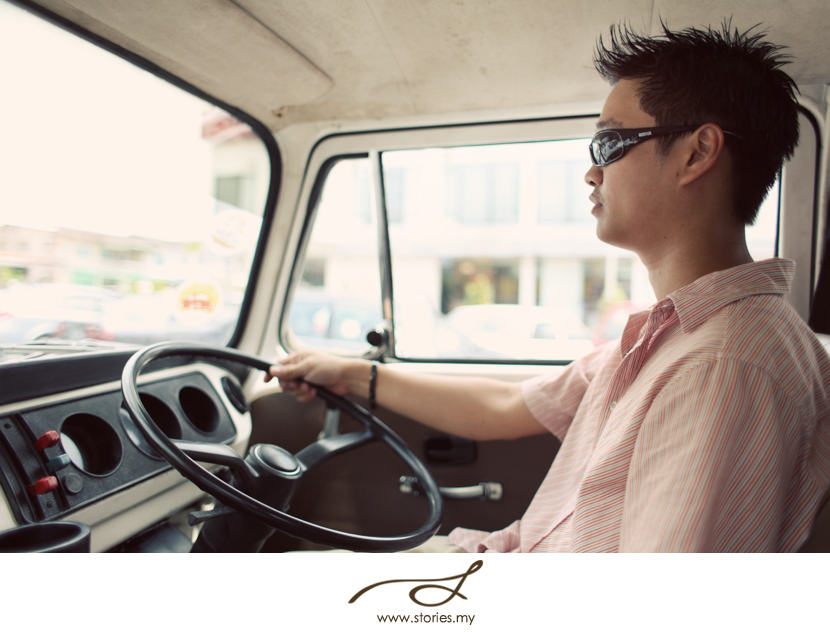 Our first load of passengers from Integricity. 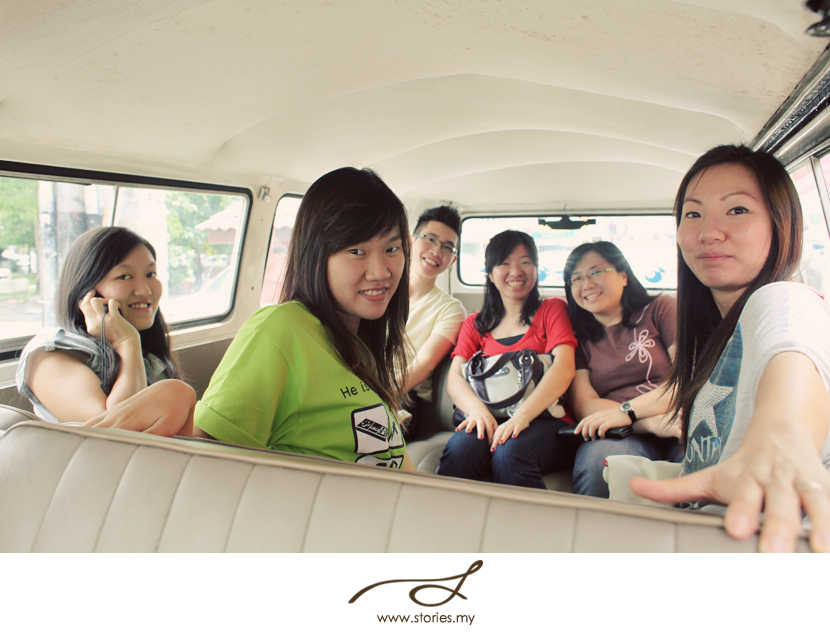 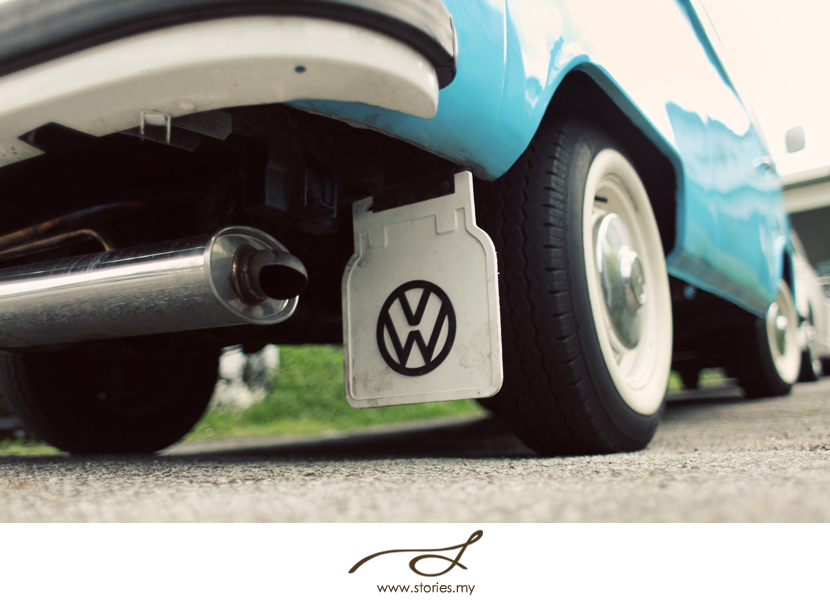 Now that we own a kombi, we’ll need to name it! I am leaning towards calling it Smurfette, but I am open to other ideas… so far, the names that others have suggested on Facebook and I find rather cute are: