It was the perfect childhood love story for Kevin and Shermaine. You know, one filled with pimples, braces and all. From puppy love to teenage crushes and finally, true love… Kevin and Shermaine made it. Even though many opt to go to exotic locations for their pre-wedding shoot, Kevin and Shermaine decided on the opposite – to just do their photos at her home. It wasn’t really the location that mattered after all, but the connection that the two of them share. Thanks for the friendship you two. We felt as if we connected with the both of you too during the shoot and made it to the friends list! May your marriage be filled with awesome moments and lots of laughter. Hugs! 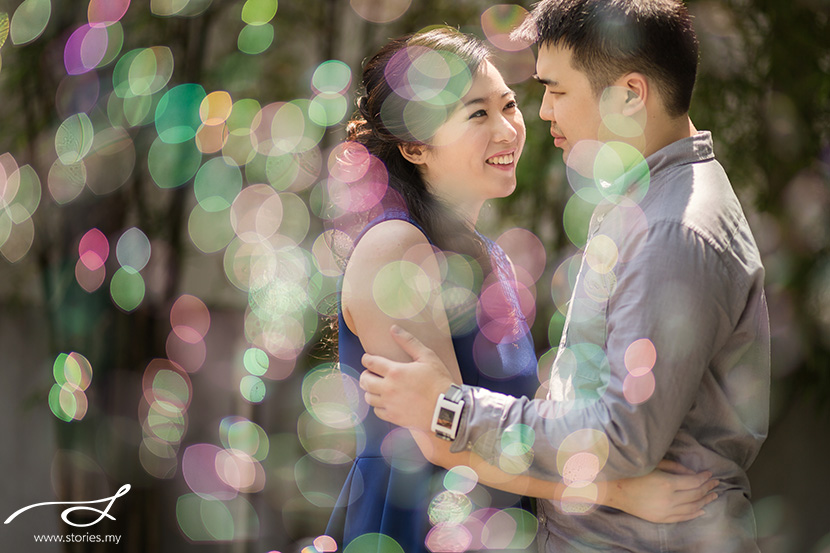 I knew Kevin since I was 10 or 11 years old in children’s church. We used to HATEEE each other especially when there were those competitive “boys vs girls” rivalry games in church. We practically saw each other grow up. We stayed in the same ‘taman’ with houses a stone’s throw away from each other.

He saw me through my geeky brace-face days, and I saw him through his ‘bad-boy’ wannabe moments. We were always friends, grew up teasing/ hating each other’s guts. I knew of his existence and his of mine but it was nothing romantic lah! *cue defensive mode* Ok fine…maybe a little…I had a crush on him when we entered our high school phase….but I never pursued it.

We never really saw each other as ‘someone to love’ until one really traumatic experience for me when I was 18.

I used to love taking walks up ‘G Hill’ in Taman Melawati alone to clear my head and exercise. On one not-so-lucky occasion, I bumped into a man coming from the opposite direction of the hike path. He was obviously not in his right mind as he decided to conveniently “flash” me with his ‘you-know-what’ down there!

In utter disbelief, I turned, and ran away as fast as I could. Upon reaching my house, I couldn’t believe it! The man had made a full circle and lo and behold, he was coming down the road and approaching me.

I turned a 180 and took off to a different housing area. First thought that came to my mind “I should call Kevin Lee, he stays nearby.” And called him I did, but he did not pick up. So I decided to stop walking and cab my way back to my house to avoid any unnecessary encounters.

Towards dinner time, I received a call from Kevin who was wondering as to why I would call him at such an odd hour as he was actually sitting for an exam in uni (bless his heart!). The moment I told him about my encounter, he quickly rushed back all the way from uni just to see me.

And I guess as they say, the rest is history. Loved blossomed, we dated 2 years, we did long distance for our 3rd and 4th year together, we dated another 2 more, we got engaged in our 6th year, and now we’re getting married at the 7th, perfection! 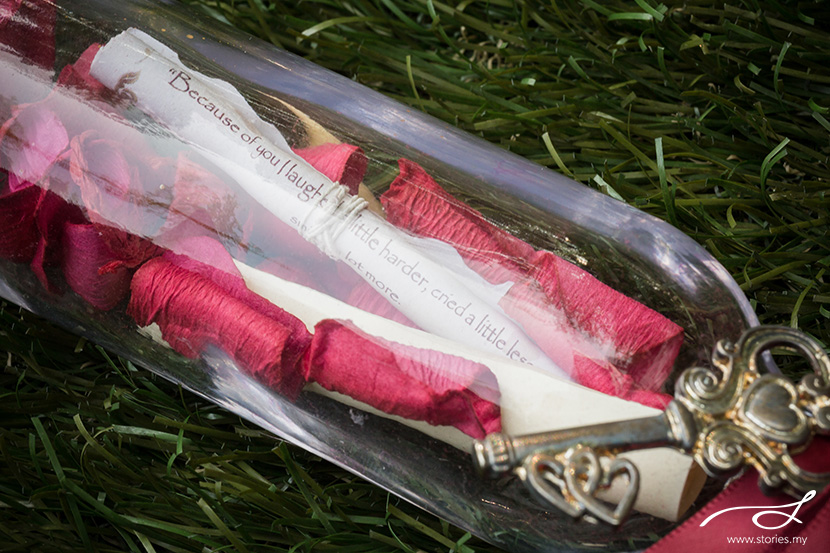 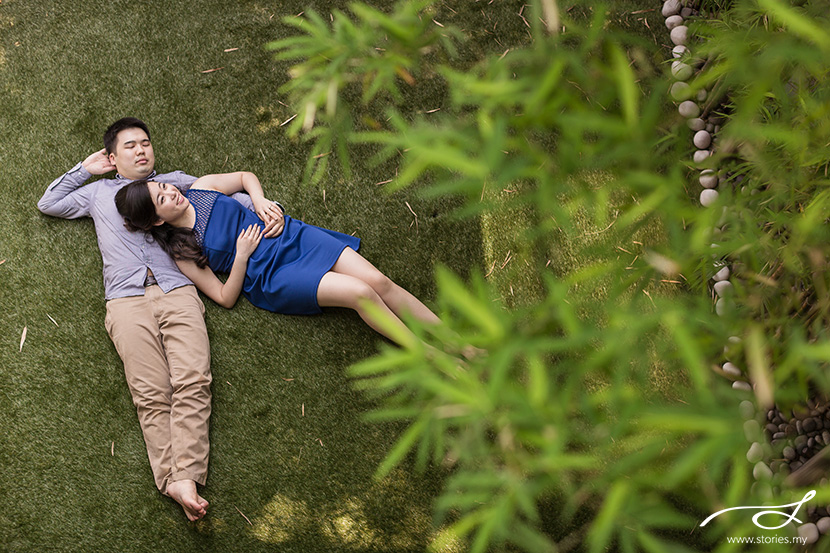 Although we did know of each other’s existence about the ages of 11 and 12, I never developed any feelings towards her until I was 13.

During our first youth camp together, we were assigned to manage the games for the participants. Knowing her as “miss perfectionist”, she obviously wanted to make sure we did a good job and I knew for a fact that she would be preoccupied. So I sneakily used every opportunity I had to talk to her on the phone to “discuss about the games”, and until today she still doesn’t believe all of that. The whole time when she was madly rushing for things to prepare for the camp, (I kinda/sorta helped here and there) but more than that, I enjoyed every bit of her company.

The end of that camp didn’t go too well as I remembered. It was also the first time I knew what it was like to be jealous. I realized that she had come to know of a guy at camp and they were close.  At the end of the camp, I remembered wanting to talk to her but I saw that same guy walking over to give her a hug. And not wanting to sound possessive or anything but it really felt like “Hey, that’s my girl!”

Much later on when we were 14, there was actually some feelings (I would assume mutually) that developed between us. At the time we were friends, but we also tried to mask the feelings in fear of being teased by our friends. However, as we did not know how to manage our feelings, we sort of disassociated ourselves and she just dropped off the radar for a good 3 years or so.

Time has a funny way of healing things and later on (see Bride’s story!) we reconnected again. Even through the time of silence and lack of communication, I somehow felt that things weren’t done just yet between us, and so I waited for the opportunity to present itself in order to reconnect with her.

As cheesy as it sounds, I think everything started back then, and time has a funny way of working things out on its own. If we had pursued each other earlier, the “us” now might not have worked out and it might have, or could have been a really different story. But luckily for me, we are together here and now =) 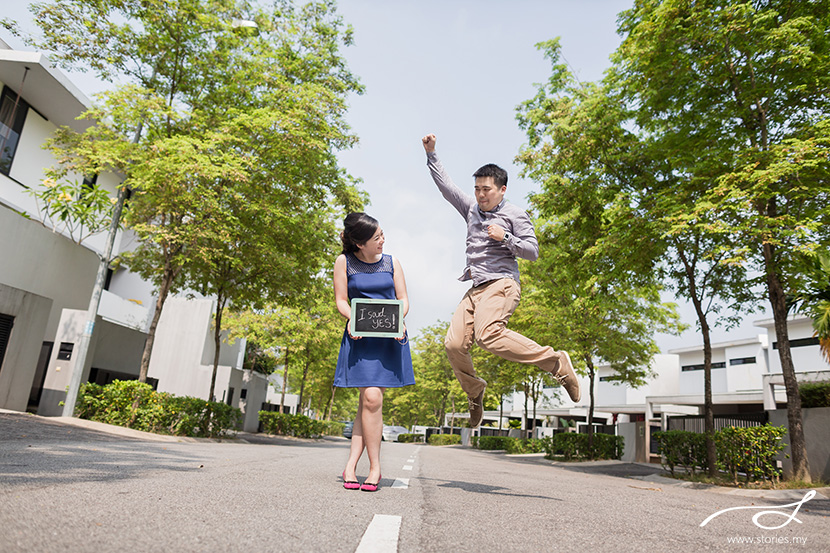 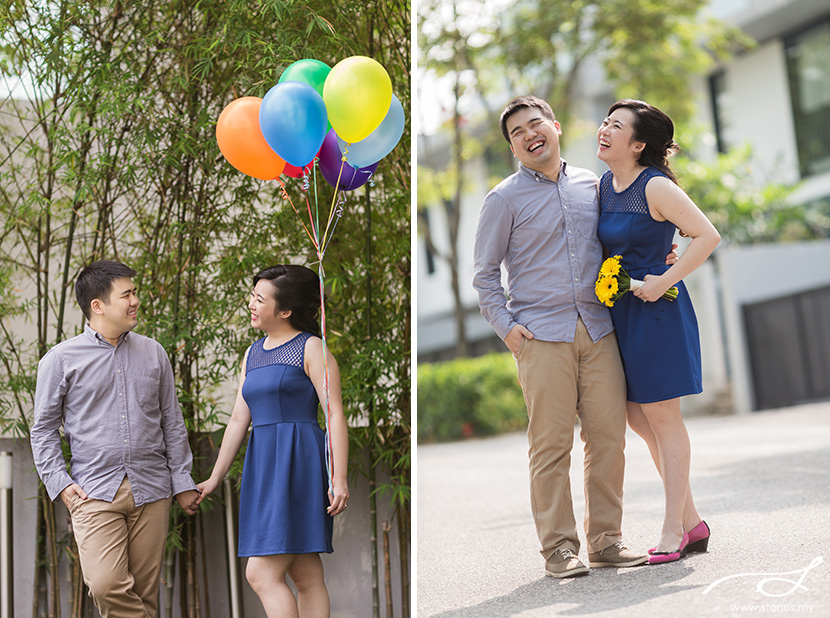 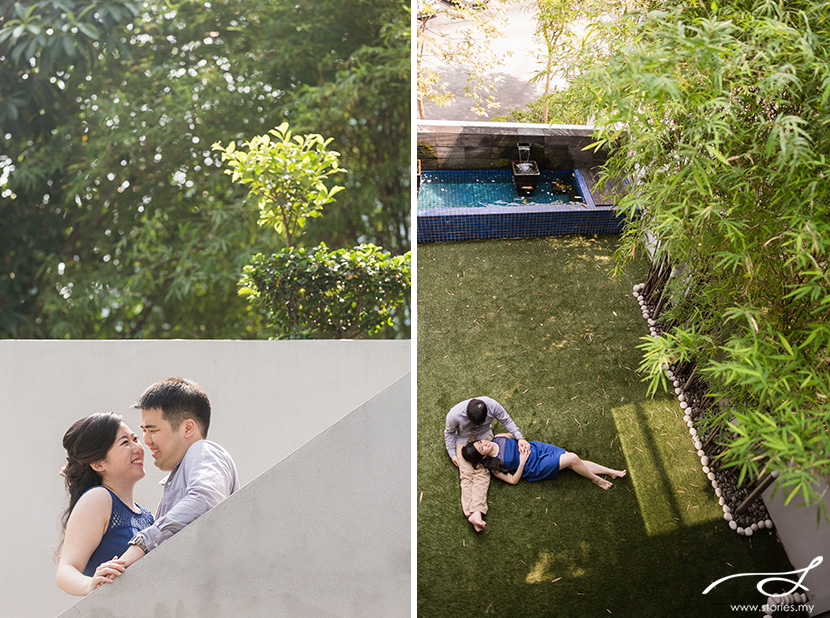 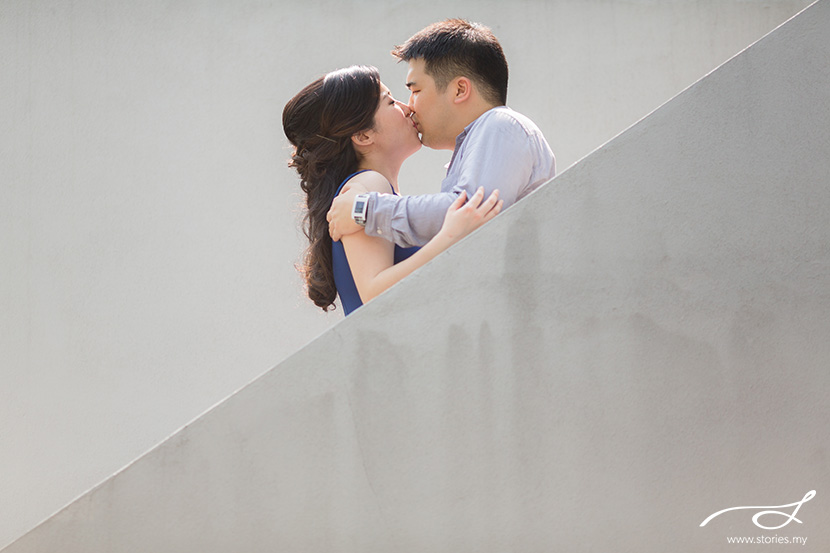 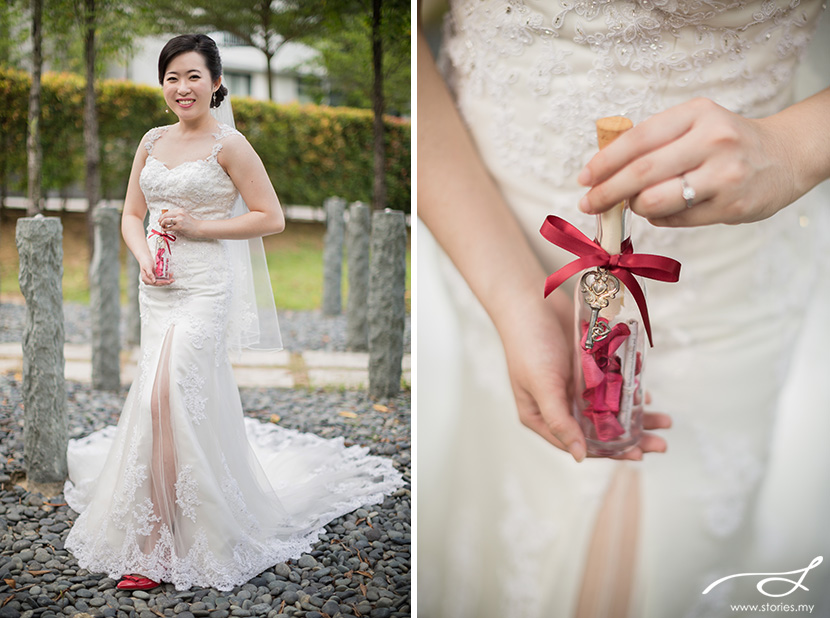 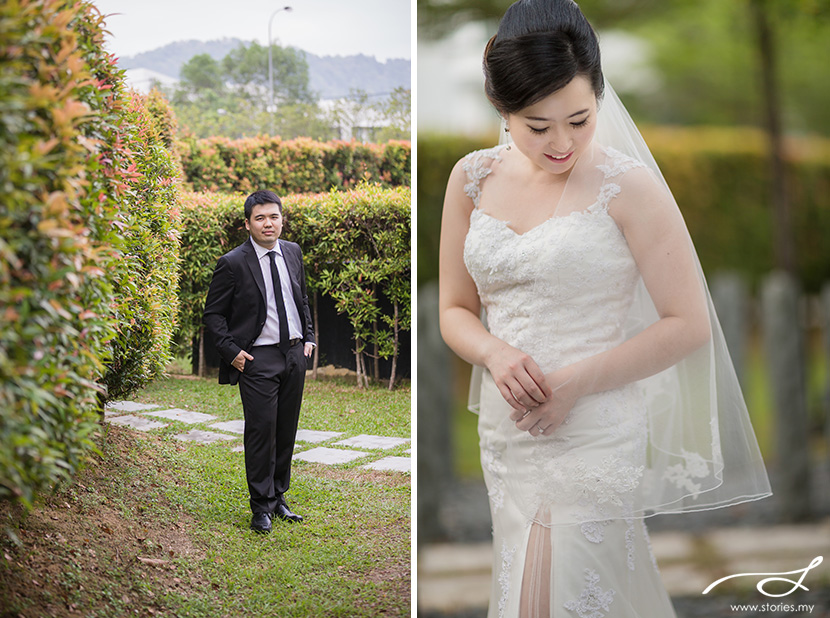 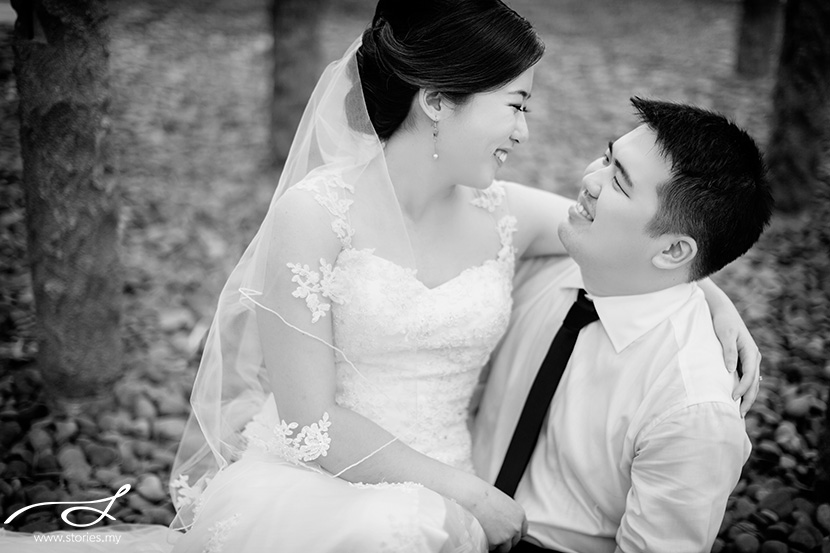 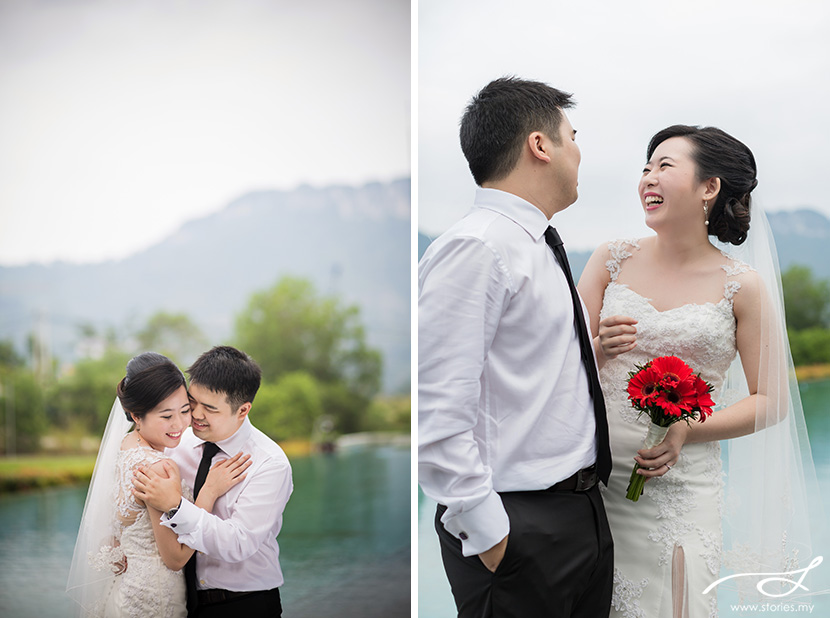 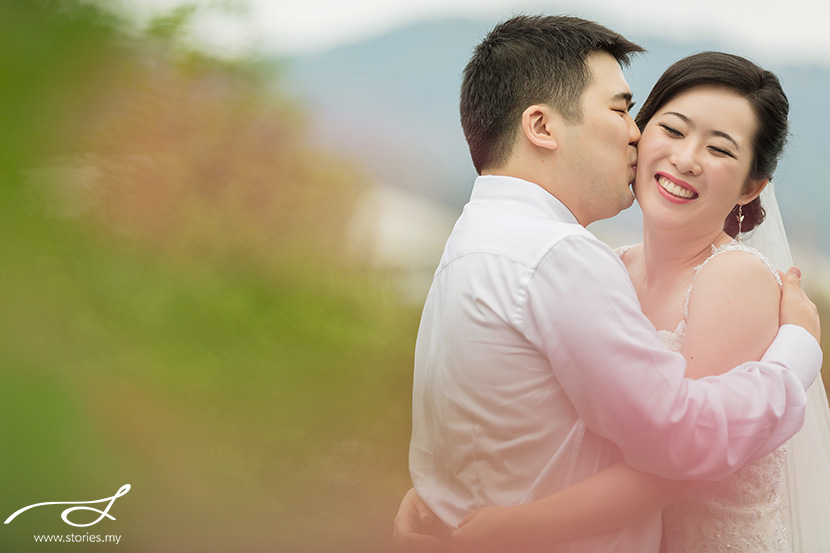 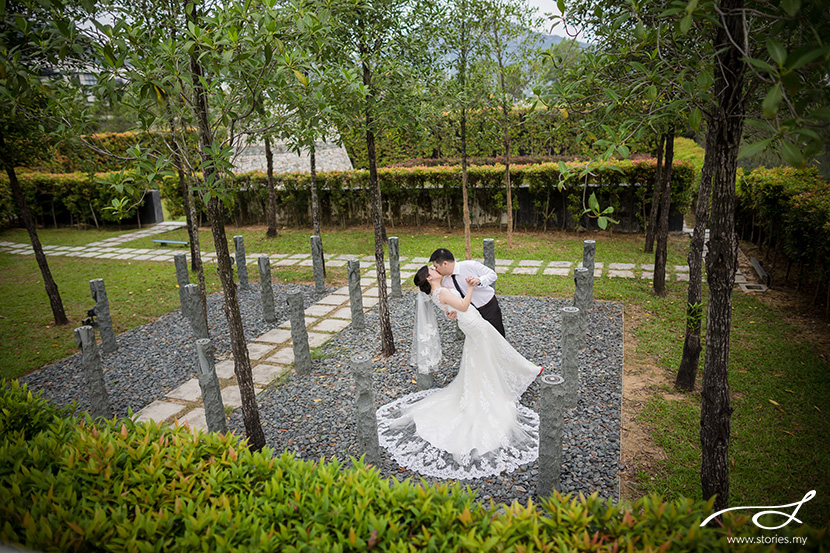 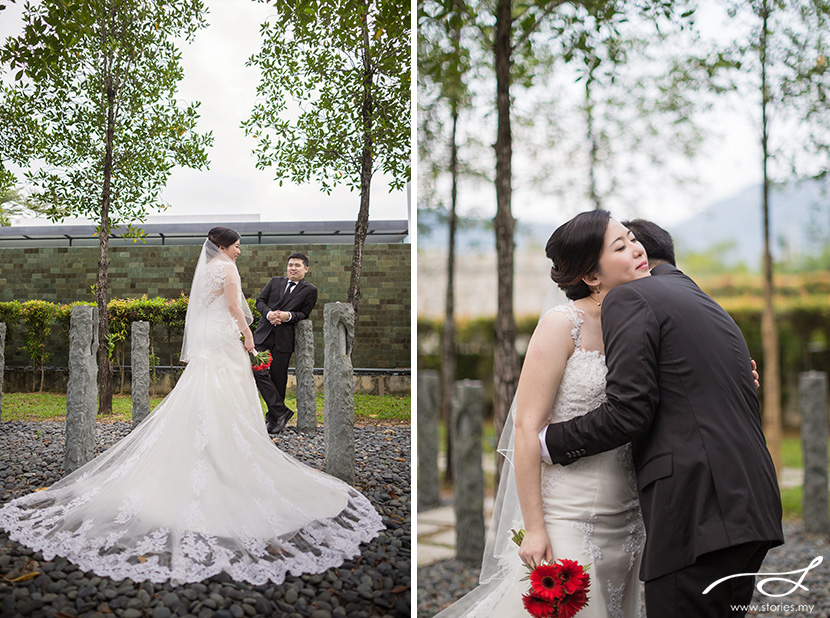 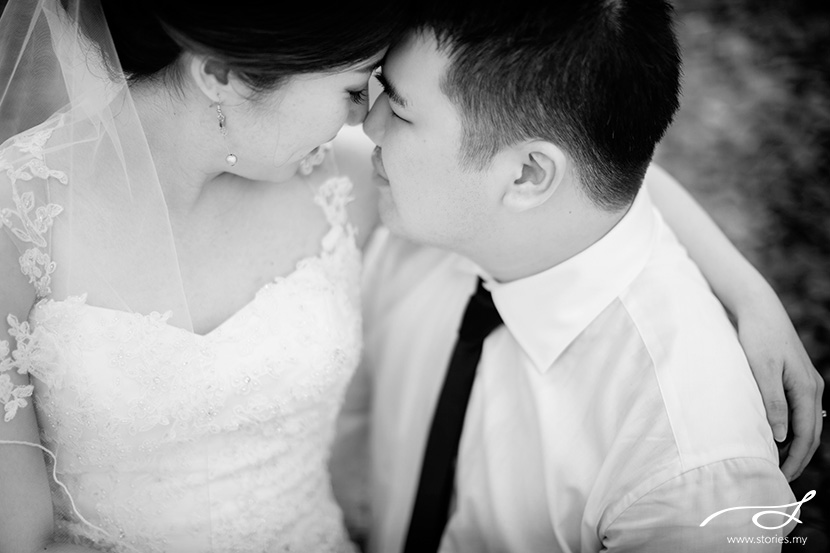 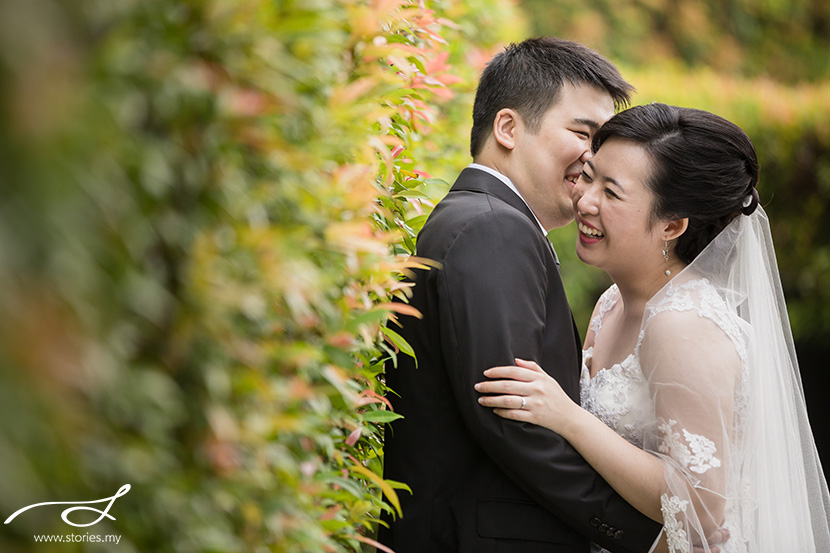 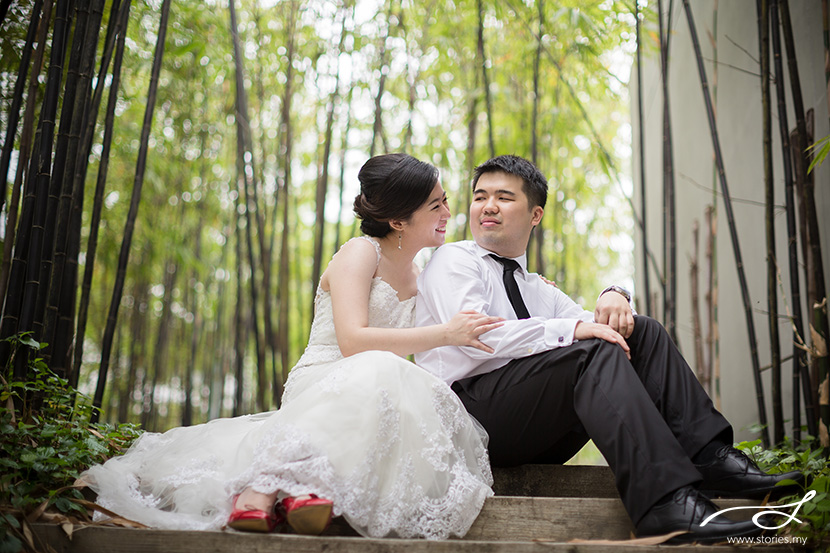 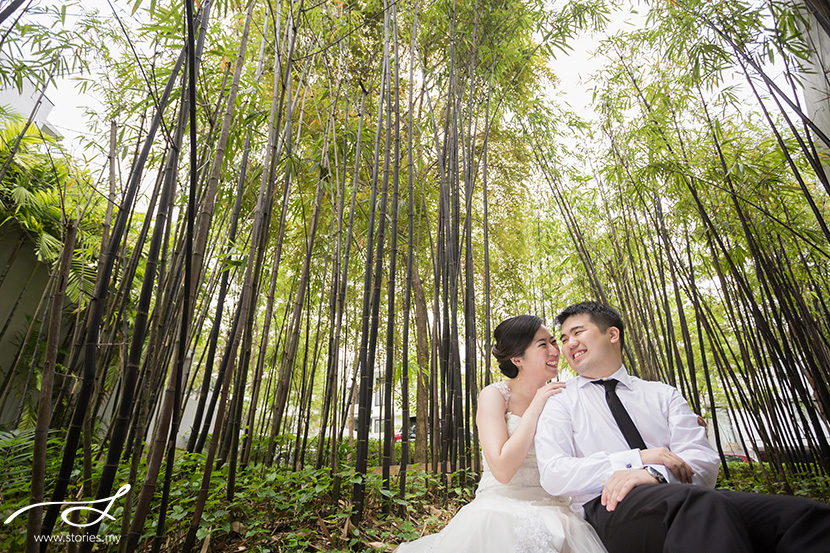 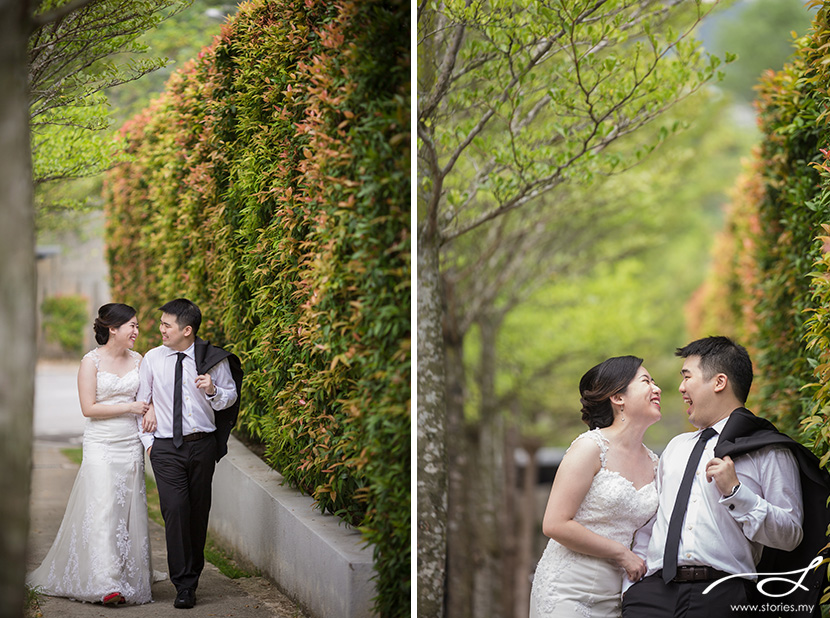