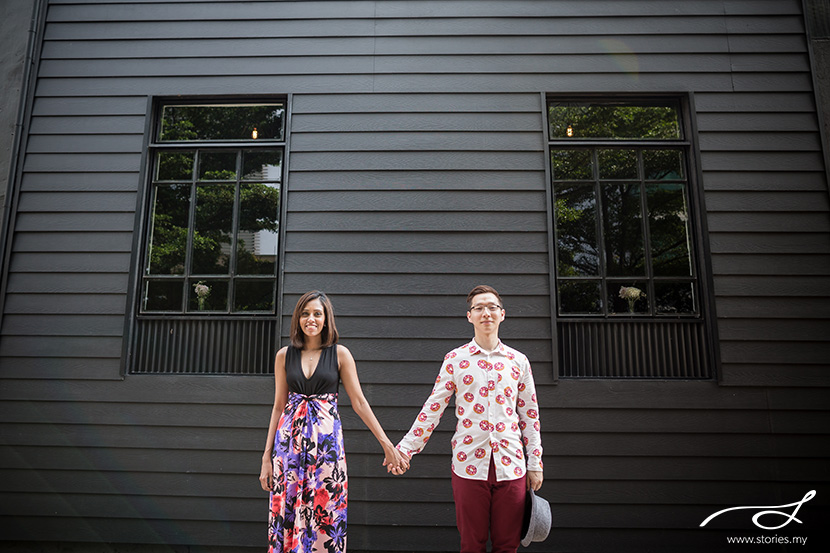 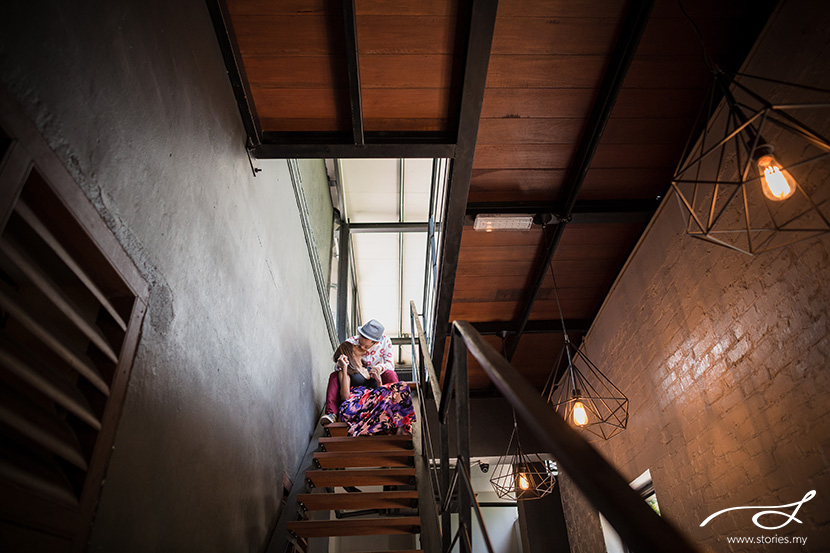 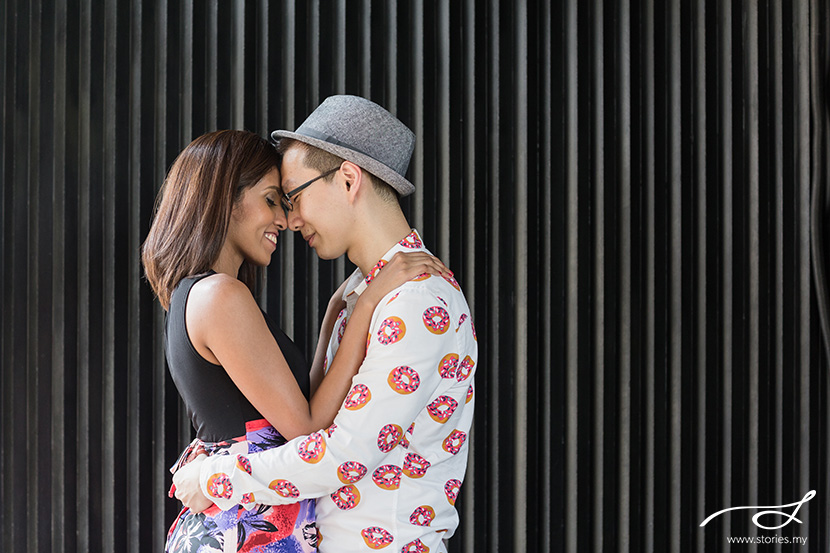 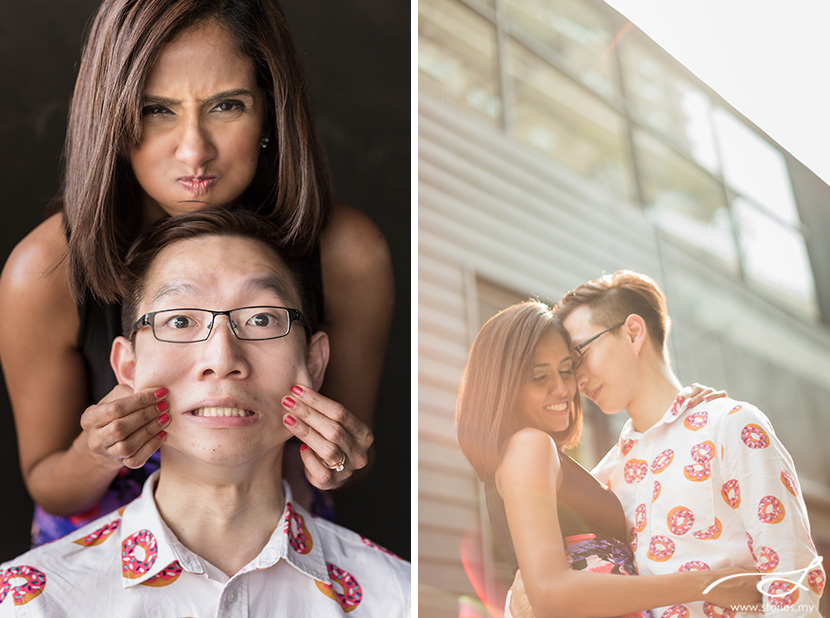 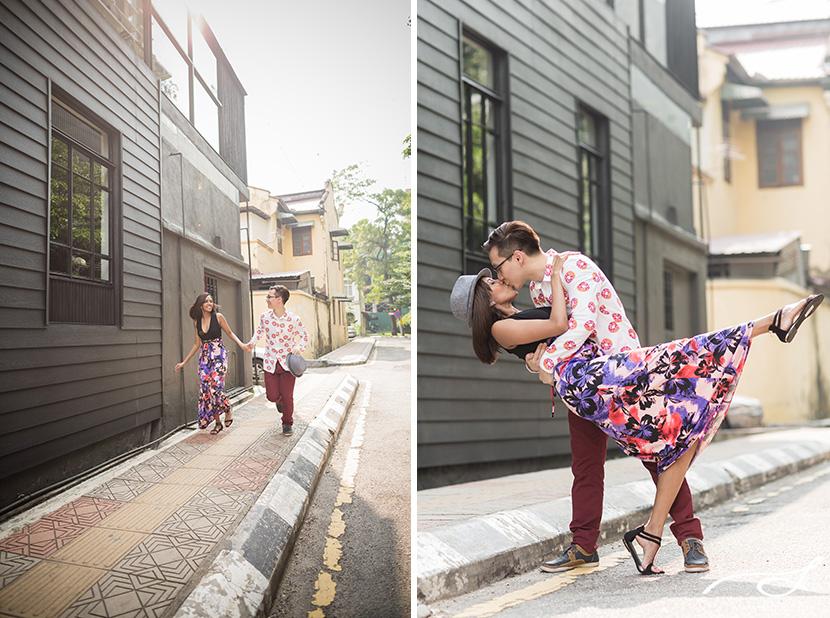 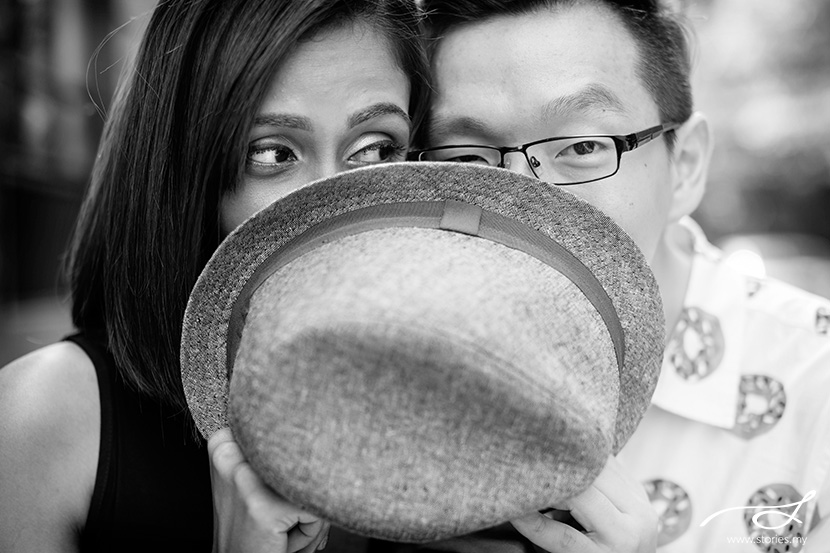 Praveena: John and I were quite sure early into our relationship that we were “made for each other” and we had already started to plan our future true Singaporean style (i.e. buying a Build-To-Order flat). So a proposal was pretty much unnecessary. But John was traditional and had to anyway.

It was while I was in KL for work and he decorated the hotel room to with cheesy stuff like rose petals, balloons, pictures of us. But I think he realized it’ll be weird to ask me to marry him so he made words in chocolate (which John thought I still eat) on the bed that said “You will marry me!” I guess I didn’t have a choice did I.

John: I was often reminded that a proposal (and proposal ring) was unnecessary. But being a “traditional” or “I don’t know” guy, I wanted Praveena to only have more and not less as compared to other girls. Also, being a rather structured guy, I felt that things need to be in place to “trigger” the next step (i.e. proposal to trigger the start to prepare our wedding!). 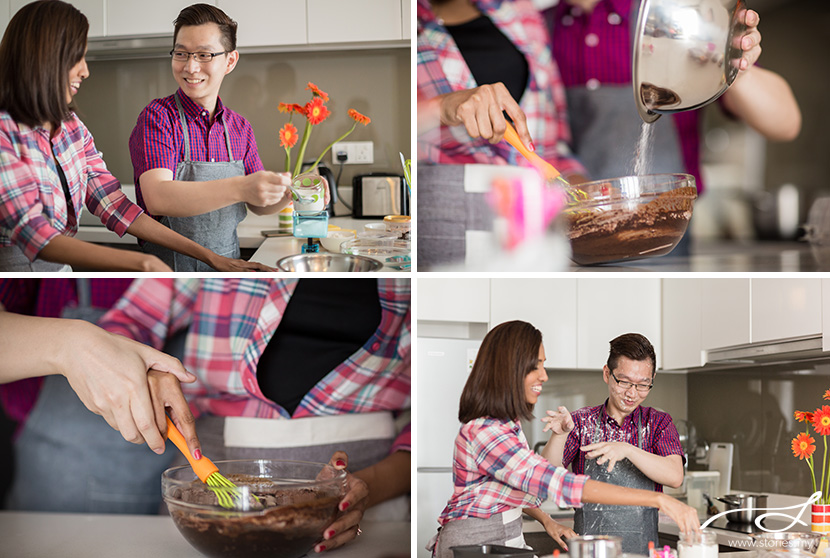 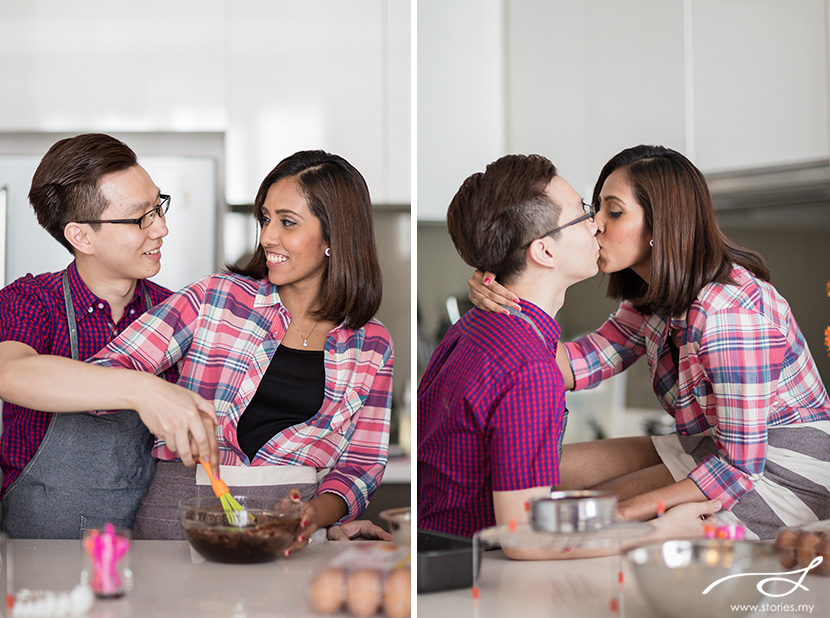 So John and Praveena came to us last year while Praveena was assigned to work in KL for a period of time to shoot their pre-wedding. It was something fun and casual, and we also recorded a cute interview with them. We did fun things together and finally, at the end of the last location, got caught in a terrible thunder storm! It was a great day and since they tied the knot this April, we’d like to wish them congratulations! And to more fun Macarena-filled challenges! 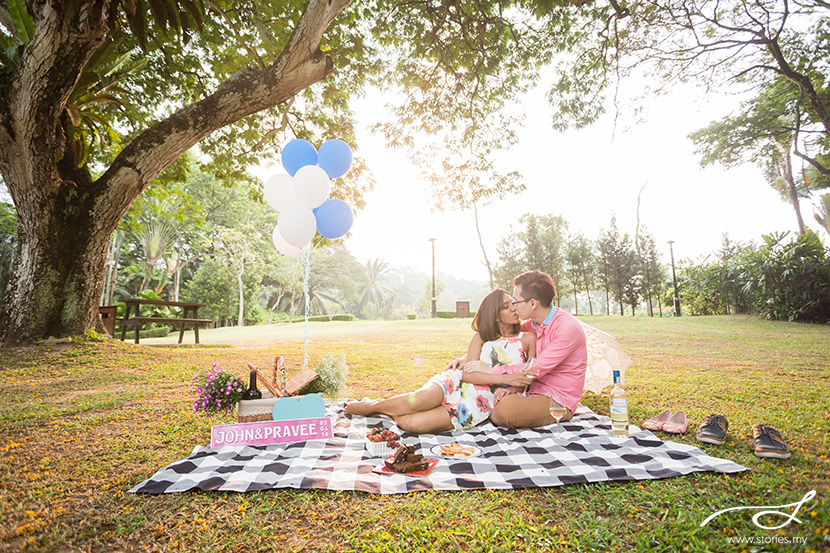 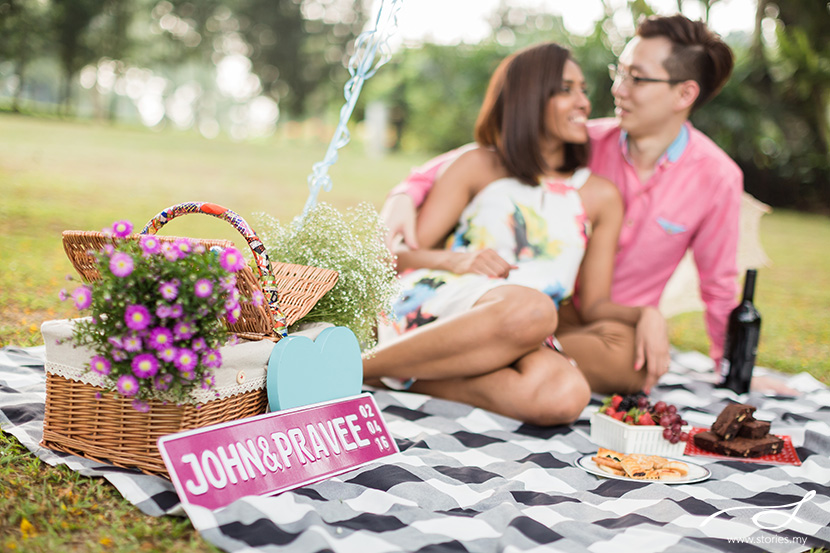 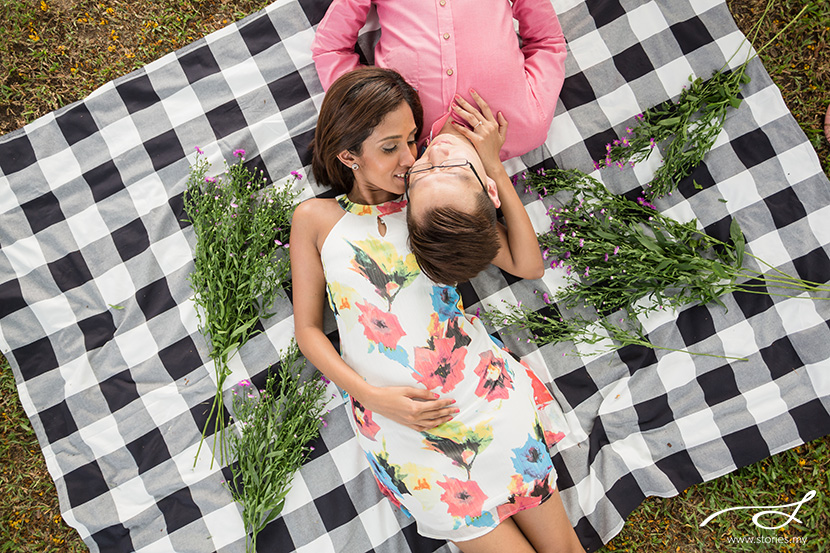 Their pre-wedding fusion video was something different than what we usually do. We now have a promotion for videos like these, so hop onto this page to check it out!