Tips on How to Survive an Outdoor Family Shoot

It is common to receive an enquiry requesting for a two to four-hour long family shoot. People tend to have the impression that you get more out of longer sessions. However, that is usually not the case. At Stories, most of our Lifestyle packages are an hour long. Some people seem to think that’s too short but do remember that if it involves children, you’ll be surprised that a single hour can seem like forever to them! I tagged along on some family sessions and here’s why I think an hour is really good enough, especially for an outdoor shoot in our beloved country. 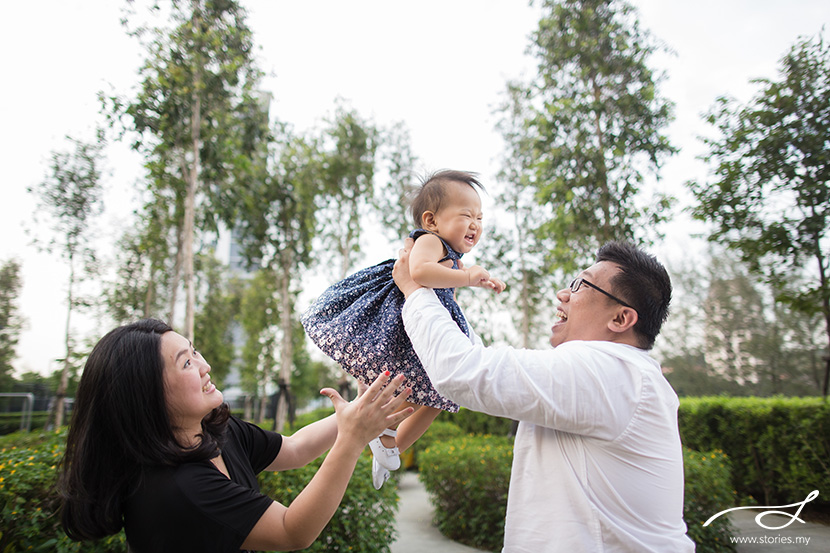 1. Humidity
Even if it isn’t a terribly sunny day, you can be perspiring within five minutes of starting the shoot! On one of the shoots, the perspiration showed through the dad’s dark blue shirt. Fortunately, his wife had insisted he bring along an extra shirt to change into! Mum and child were neither not spared from the icky feeling of sweat. Can you imagine spending three hours posing for photos feeling like this? Believe me, an hour is just right. We all love our country but not the humidity.

TIP: Always bring along some extra clothing and a small towel for outdoor shoots. A hand fan can be very useful too.

2. Timing of shoot
If you’re a local, you’ll know that our tropical weather is quite unpredictable. Due to the heat, outdoor shoots should take place in the early mornings or late afternoons. However, certain months are prone to rain in the evenings so if you plan for an afternoon shoot, it could end up a washout. The other thing about being surrounded by greenery is that it’s perfect for creepy crawlies and mosquitoes to come out and play! You won’t be able to enjoy your shoot if you’re being eaten alive by mosquitoes.

TIP: Check the weather forecast nearer to the shoot date and speak to your photographer about contingency plans. Bring along some insect repellent too!

3. Attention Span
Children are usually quite excited at the start of a shoot but that initial excitement fades very quickly. They don’t like being told what to do, where to stand or where to look! Most of the time, young children start getting fussy even before the hour is up. Tantrums are common when children get tired and an hour will seem like too much to ask from them.

TIP: Bring along some snacks (but nothing too messy!) for your child. Food usually helps to change their mood. We also usually start the photo session with the large family photo so that we get the safe shot done! 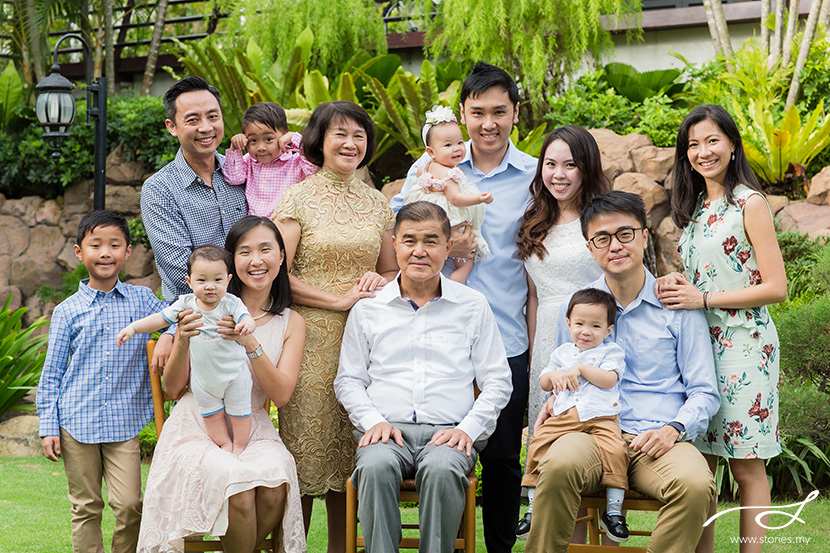 Now if you were thinking of doing an outdoor shoot, don’t let the negative aspects frighten you. Come prepared and you will have an enjoyable experience, plus beautiful photos in the park to last a lifetime. But if you’re toying with the idea of having a three-hour family shoot in the park, maybe you should reconsider shortening it. An hour really is sufficient.