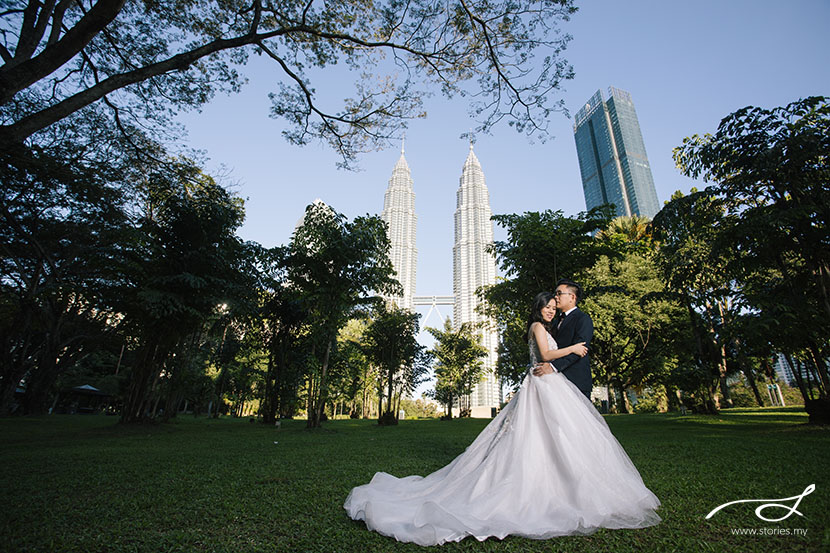 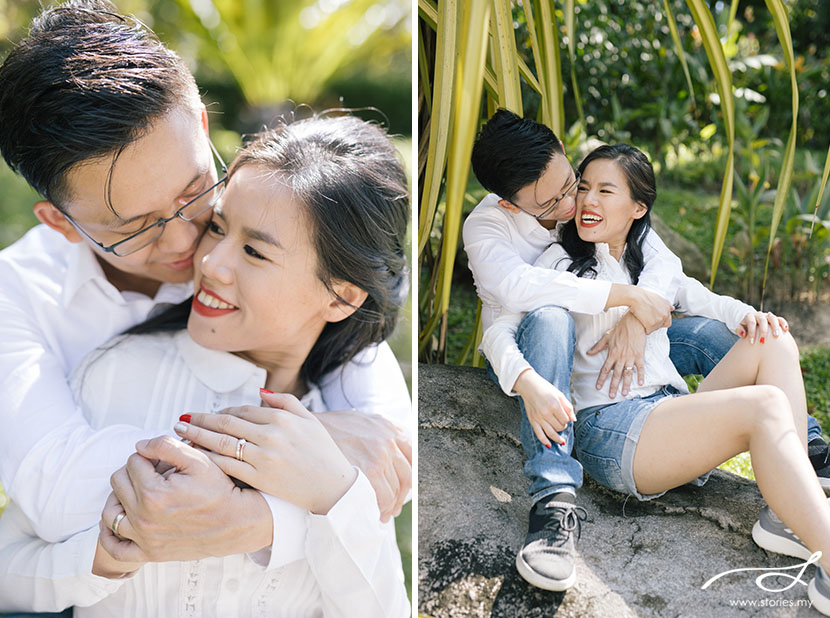 While most couples go through the proposal stage first, Wee Chong and Eri did things the other way around. They met as colleagues in 2012 and only fell in love in December 2018. From there, things started progressing smoothly and very quickly too! They met each other’s parents three months later, found a home together in June, and had their ROM the following month. Even though they both knew they were serious about being committed to each other for life, Wee Chong didn’t want to miss the opportunity to make it special for them, so he officially proposed to Eri in August.

They still had a customary wedding ceremony to do after that, so that’s when they asked us to do a series of pre-wedding photos. They met us at KLCC park, equipped with not one… but THREE different outfits for the shoot! It was a hot and sunny day and the park was huge. But somehow we managed to cover quite a bit of ground and capture these moments with plenty of laughter and spontaneity in-between. More photos below.