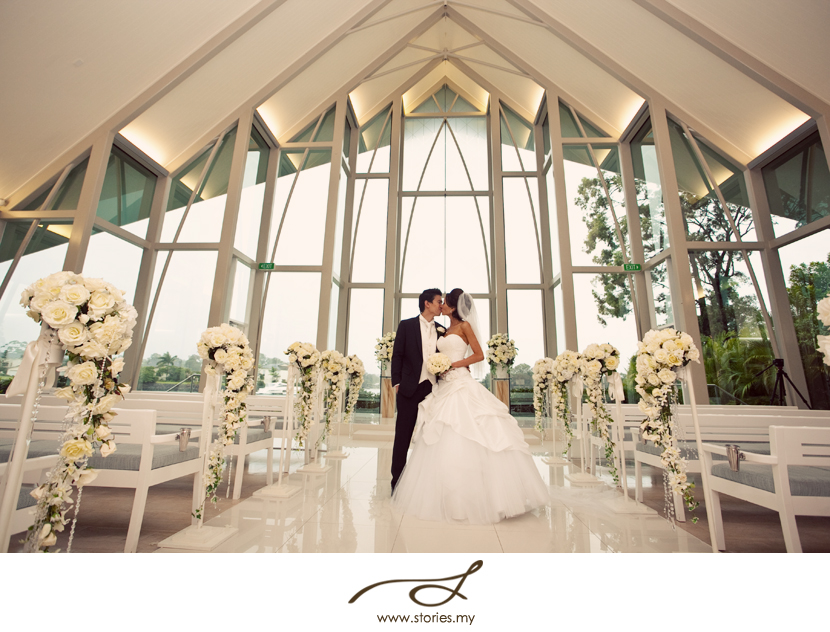 “You’re an Asian Barbie!” gasped one of the guests who saw Ann on her wedding day. She was stunning and completely graceful. All those months of meticulous planning had finally paid off. The amazing venue, gorgeous decorations, everything down to the stationery was carefully thought through and planned (even the pre-wedding shoot). Ann even designed all the wedding stationery herself. In my books, she’s super-bride. I am still amazed at how beautiful this wedding was.

I can see how much Jamie loves Ann. They complement each other so well. Jamie & Ann, Alex and I enjoyed ourselves completely at your wedding. It is to date, the longest wedding day I’ve ever photographed (13.5 hours!). Thank you for being so hospitable and caring towards us. You treated us like long lost friends, and I truly appreciate that. 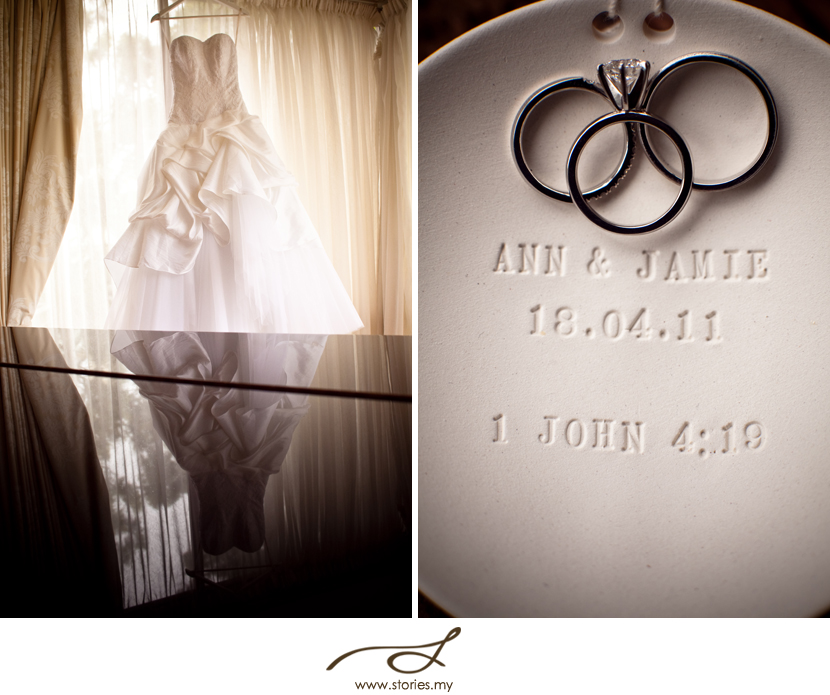 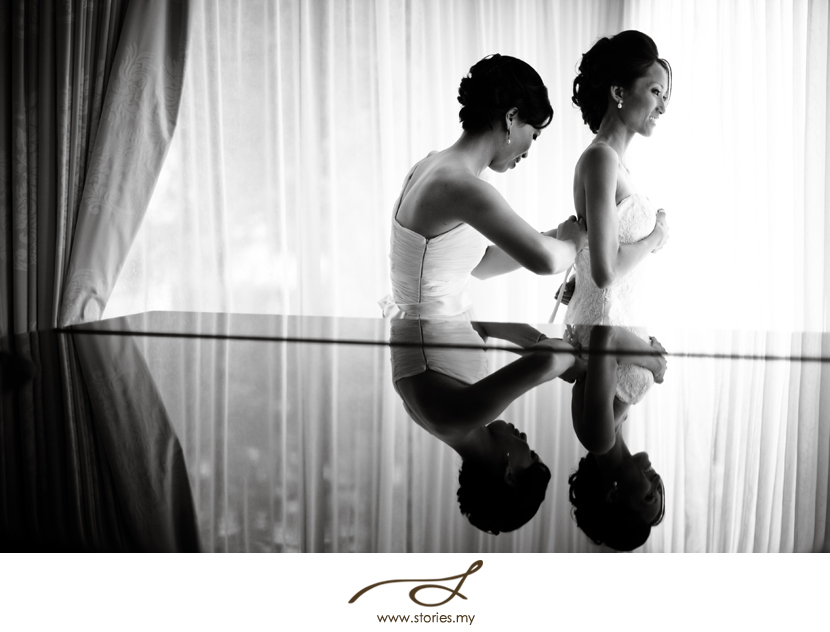 END_OF_DOCUMENT_TOKEN_TO_BE_REPLACED

Years ago, Ann was told to chase after Jamie. Literally. On the soccer field. She had never really played soccer before, so she didn’t really know what to do. Ann was told to just follow after Jamie and run after him. The fun never stopped. After many encounters and long chats, Jamie finally asked Ann over MSN whether she thought there could be more between them than just friendship. Ann, being the creative person that she is, decided not to give him a direct answer there and then. She was in Melbourne then and Jamie in Brisbane, so Ann decided to answer him by baking cookies.

In the shape of letters.

And even then, it wasn’t a straightforward answer. Jamie had to unscramble the letters to make a sentence. But when the cookies arrived in Brisbane via post, some letters were broken, so he had a really hard time making out the words. Jamie was breaking out in cold sweat as he tried to make sense of the words. “Stupid”? It was just too difficult.

Eventually, Ann sent him a photo of the cookies with what it was supposed to say… 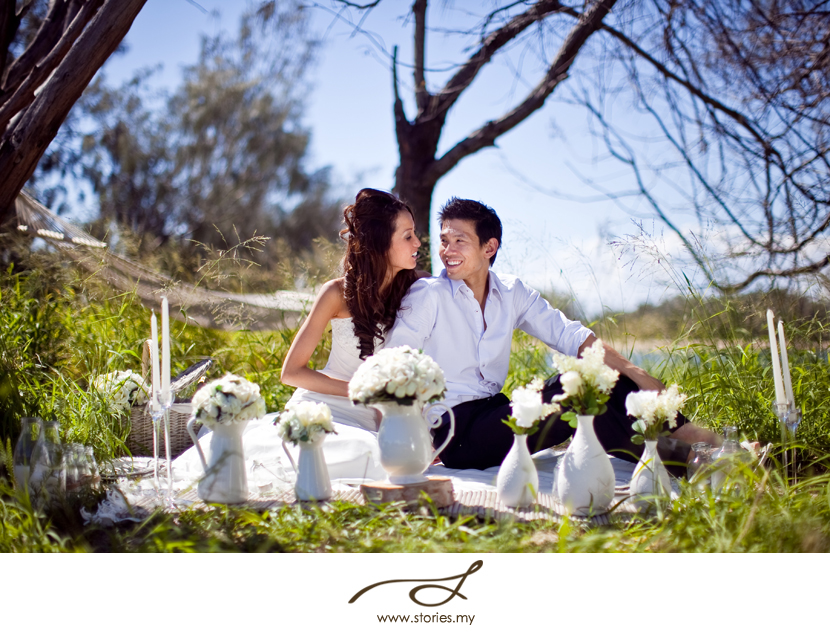 Ann styled the shoot and brought all these props that you see in the following images. She had sourced for them in Melbourne, and it traveled all the way to Gold Coast for our shoot! All I did was choose the best location for the shoot, direct & pose them, and take the images. :) 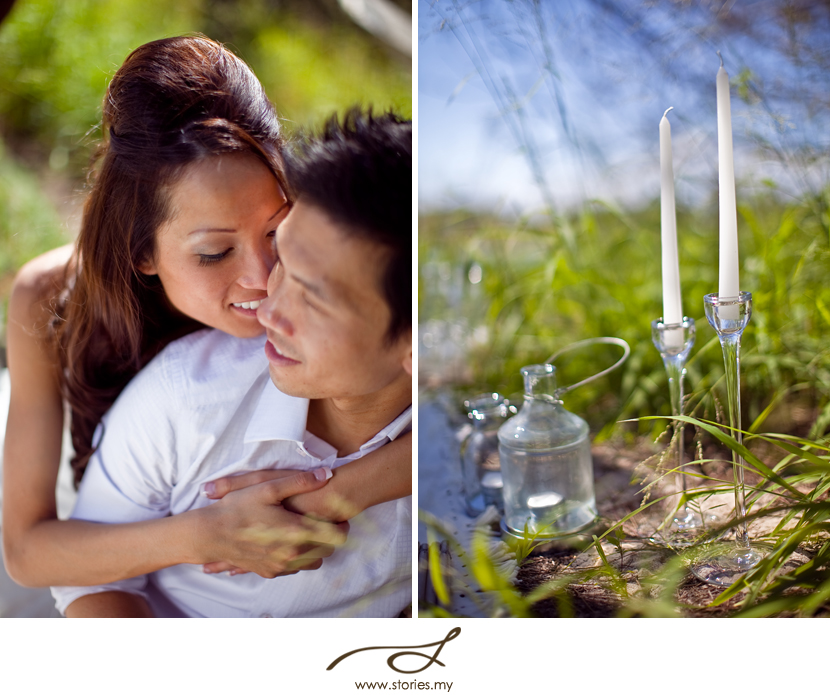 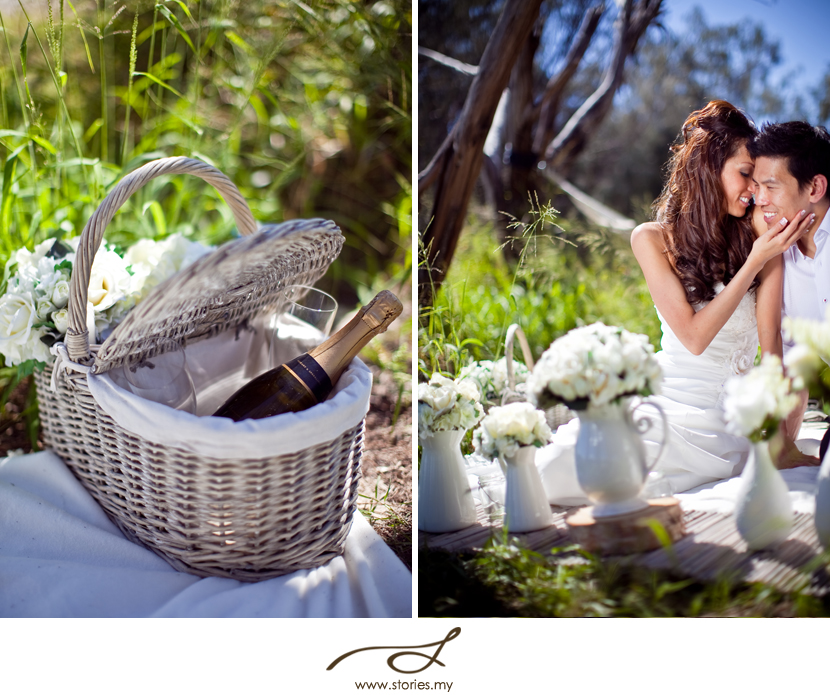 END_OF_DOCUMENT_TOKEN_TO_BE_REPLACED

I love it when my brides go to great lengths to get a shot. By far, Ann is the most well-planned bride I’ve ever met. She even went to the extent of renting a canoe for her pre-wedding shoot! More to come later! 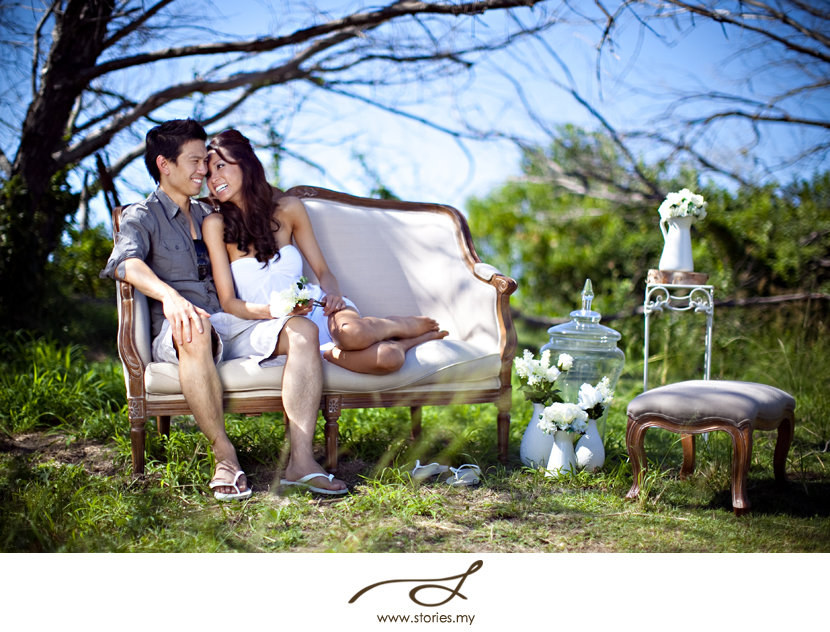