3338 days since they started dating, they officially registered their marriage at the Old Chelsea Town Hall in Kings Road, London.

And precisely 3388 days since their first date, Wilbur & Helen were married on the beautiful beach at Four Seasons Resort, Langkawi. 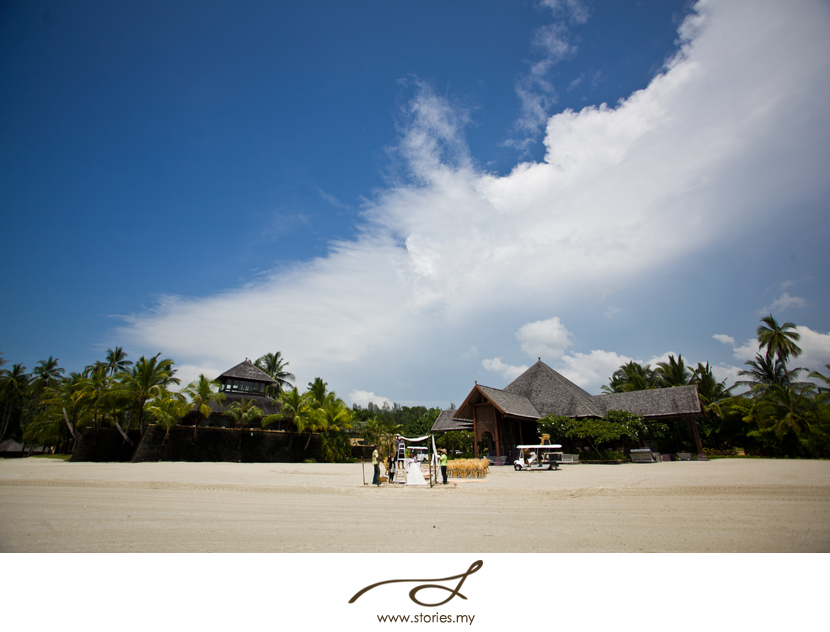 Helen was new to London. She had moved from Coventry to start her new job at KPMG London in 2001. Wilbur was new to KPMG too, and since both needed to look for a place to stay, it was fate that connected them together via a simple email. Wilbur asked Helen, “Are you still looking for a flatmate?” Helen had already sorted her accommodation by then, but they continued communication via email and MSN.

Two months later, she was surprised to discover that Wilbur was in the same department and team as her! Wilbur was kind enough to bring Helen around London, and soon, love developed. 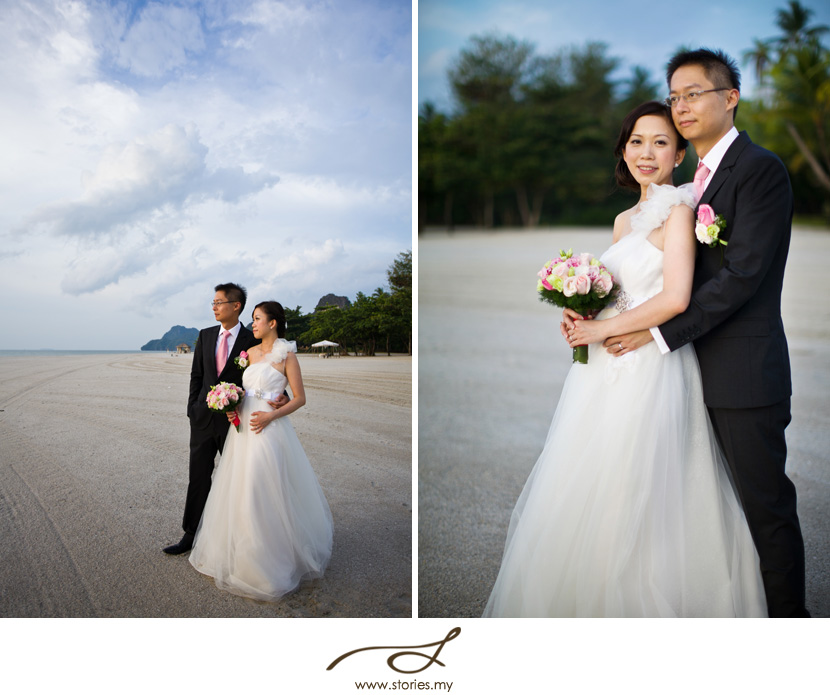 Wilbur & Helen love traveling, especially if the place has a gorgeous scenery. There’s only one other place apart from Venice that they have been back twice, and that is Langkawi. They love this charming town (I love it too!). Because of their love of traveling, they decided to name their reception tables according to the places they’ve visited and had many happy memories – Maldives, Venice, Santorini, Hallstatt, Mauritius and Cornwall.

The other theme at their wedding which was really apparent were the butterflies and cats. Helen sourced all over UK and Malaysia for this particular shade of pink, and also custom made this wedding invite. I love the little kitty stamp too! I was told that the black cat looks pretty much like their beloved cat Milo, who had to be left in London while they came to Malaysia for the wedding. I was amazed when I heard that Wilbur drove 45km away from his home to put their cat Milo in a special cat hotel – the only one that had a webcam and internet connection! So while in Langkawi, I had a peep via the internet at Milo, who was sleeping in his little hotel room. 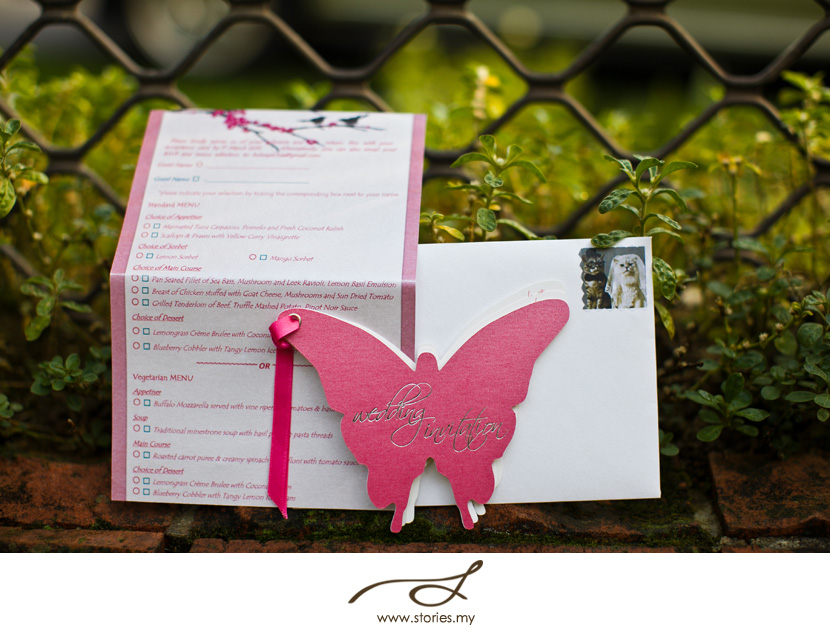 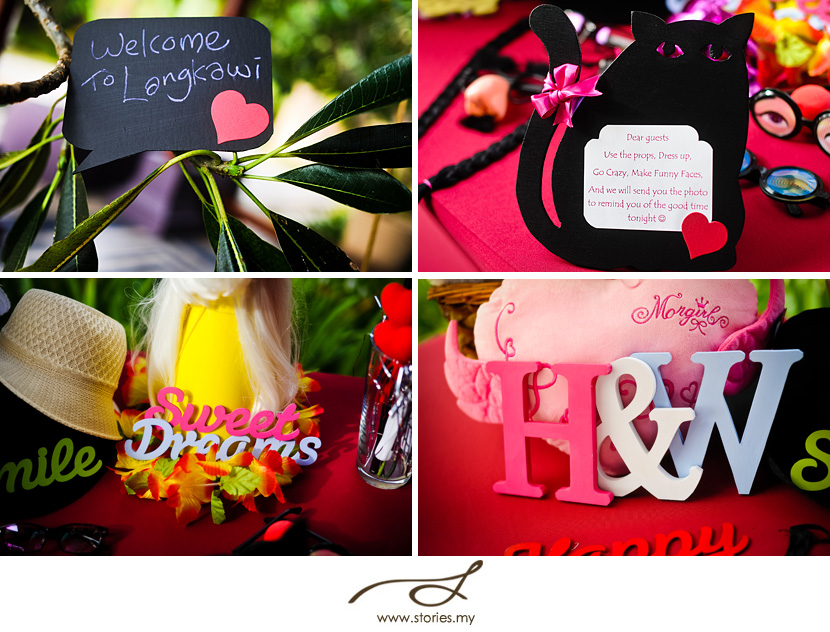 I found out that Helen is a detailed and meticulous person the moment she met me for the first time months ago. As she opened her folder with cut outs of images that she liked, she shared with me the plans for her wedding. I knew it was going to be a wedding filled with lovely details. On top of that, I found out that there were only 50 guests, which is absolutely small by Malaysian standards! She said that she wanted the wedding to be an intimate affair, attended by the people dearest to them. These guests flew all the way from KL, Hong Kong, Singapore, Austria as well as London to be there for the wedding! 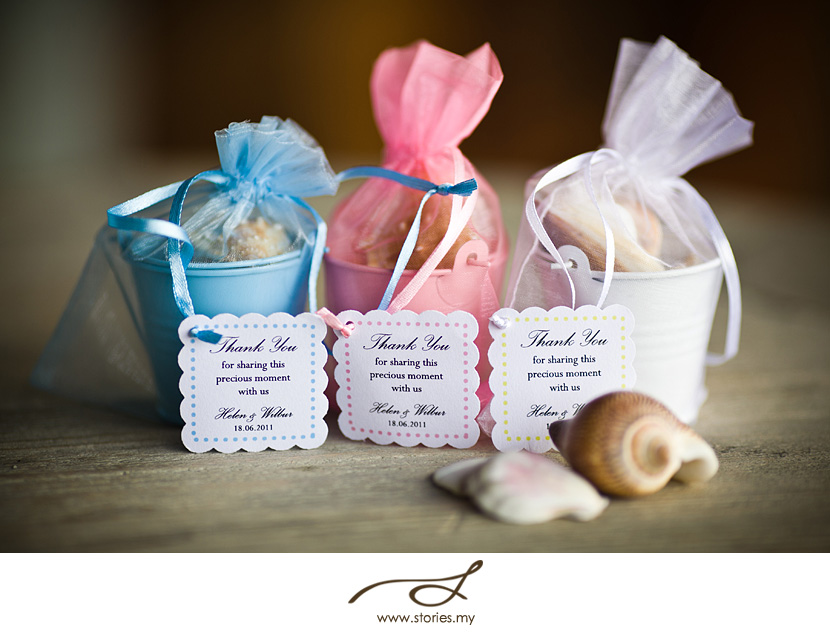 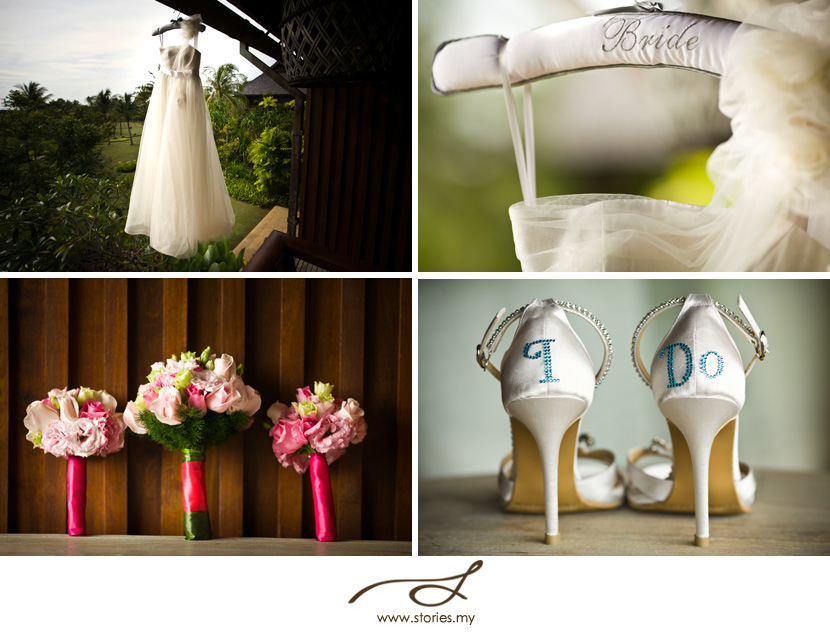