The first time Arvind met Dhanya, she was probably about 2.5 feet tall, a petite little girl running around in a Malaccan kindergarten. It was years later at a tuition class when Dhanya was taller, that Arvind met her again. Six years later, they bumped into each other again in Malacca while hanging out with different groups of friends. Fate had it that Dhanya had to travel to India to complete her final year in dentistry school while Arvind had to leave on a sailboat for work. His 6 month sailing voyages meant that it was difficult to initiate contact with Dhanya but every now and then, she would get an unexpected satellite call and email. Despite the long distance relationship, love bloomed.

Their wedding ceremony was held in Malacca (naturally!), the city where they were born in. Since it was a marriage of two faiths, Arvind and Dhanya had two different wedding ceremonies – a Christian and a Hindu wedding. I had never been to this temple in Malacca before, but the beautiful blue walls with lovely doors enchanted us. We’ll share the photos from the church wedding (and video highlights) in a separate post. Enjoy the photos! 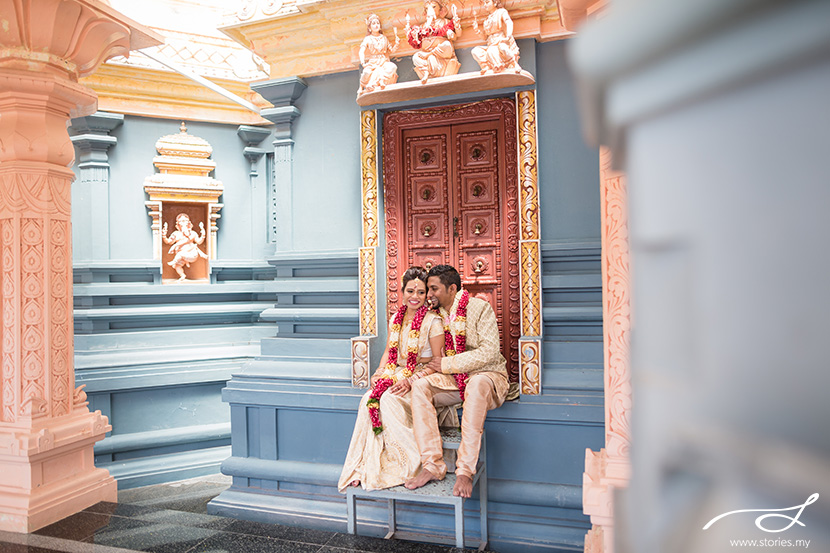 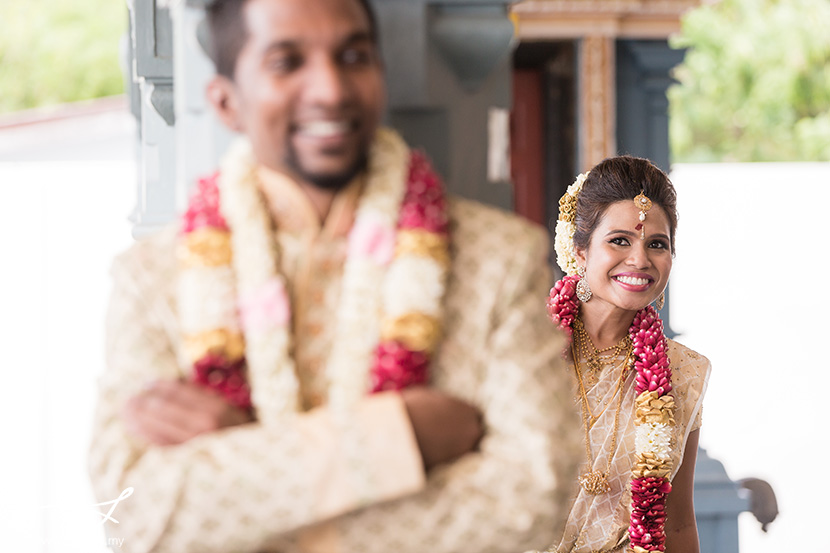