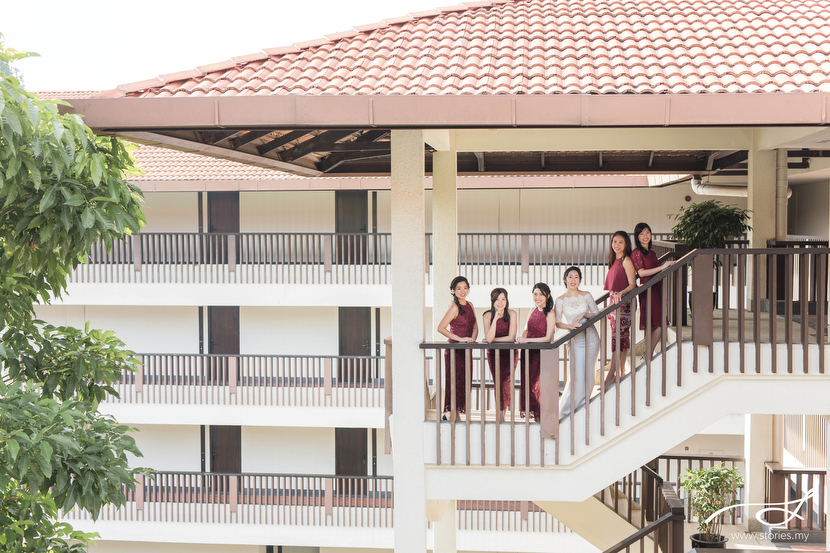 People say that university life is one of the most memorable times of our lives. It’s true especially if you are living away from your home country, meeting lots of new friends in an environment that promises lots of adventure. For En Tzer and Krystle, it was Melbourne Trinity College that brought them together. Staying in the same boarding house, going for house parties, buying wine and shopping for ‘shot glasses’ were all part of the experience that brought them together. Soon, 3 years passed and they both ended back home in Malaysia.

En Tzer and Krystle’s wedding happened last year and we thought it’s still a great one to share with you! Here’s some of our favourite images from the day, that started off at The Club, Saujana and ended at TPC KL. 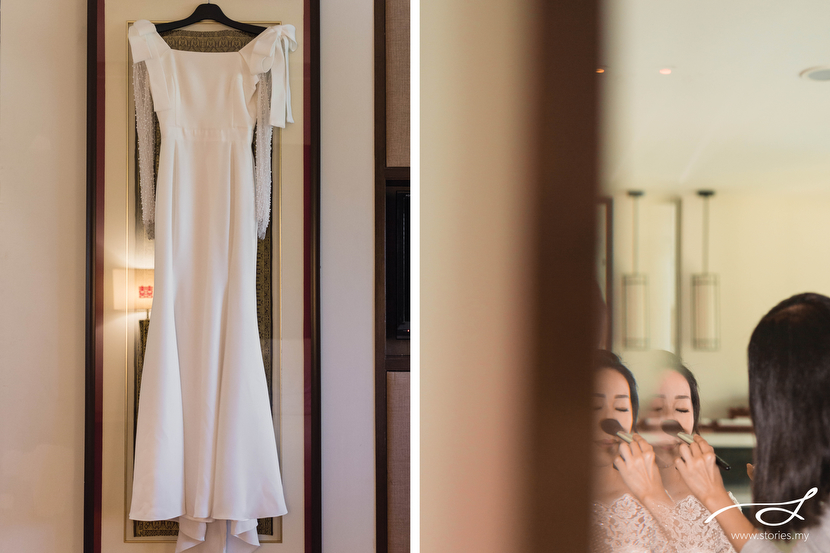 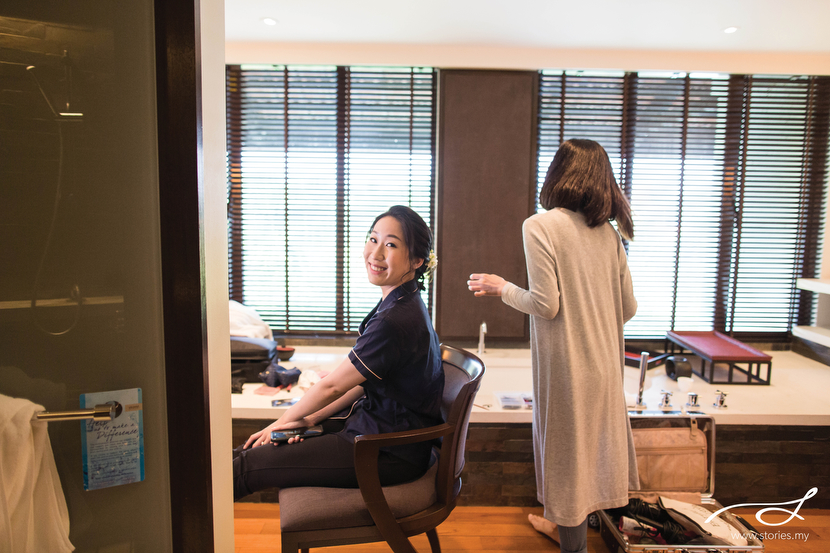 END_OF_DOCUMENT_TOKEN_TO_BE_REPLACED

Jonathan is a professional golfer, and it was over drinks that the both of them met. While Lyn Yen thought that he was a nice guy and easy to talk to, she didn’t have a clue about anything golf-related! But this encounter that brought them together became the start of many more encounters in the future.

Eventually, she learnt that he is a romantic at heart (a huge teddy bear), loves lame jokes, enjoys surprises though a terrible planner with the best intentions. He learnt that she complemented him in areas where he lacked (planning skills especially). It was a match that fit like a glove.

We had a great time during our simple pre-wedding shoot at TPC KL, a golf course that Jonathan frequents often. That day of the shoot, it was storming, and the rain just made all our shoes wet (even in the lobby). I love how this couple is so easy going – though I was worried about the unrelenting storm (like, it was dark skies everywhere with no sign of stopping), but Jon & Lyn had faith that the rain would stop, and after a while, it did! We managed to head out to the course for some photos afterward.

They were also so casual about how Jon’s face was two toned that day… he had just played at a tournament recently and half his face was tanned while the other half wasn’t! It was quite funny but it told for a great story and we didn’t edit out his half tanned face…

I am excited about their wedding this weekend! See you really soon! 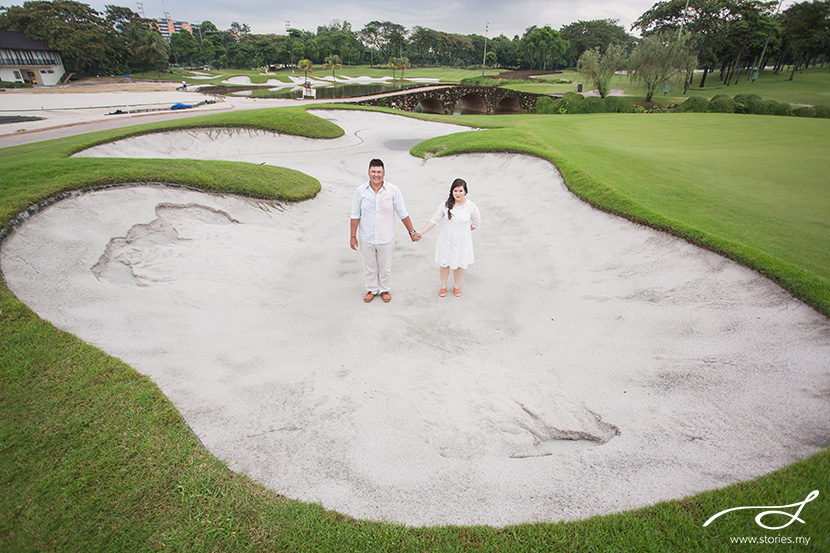 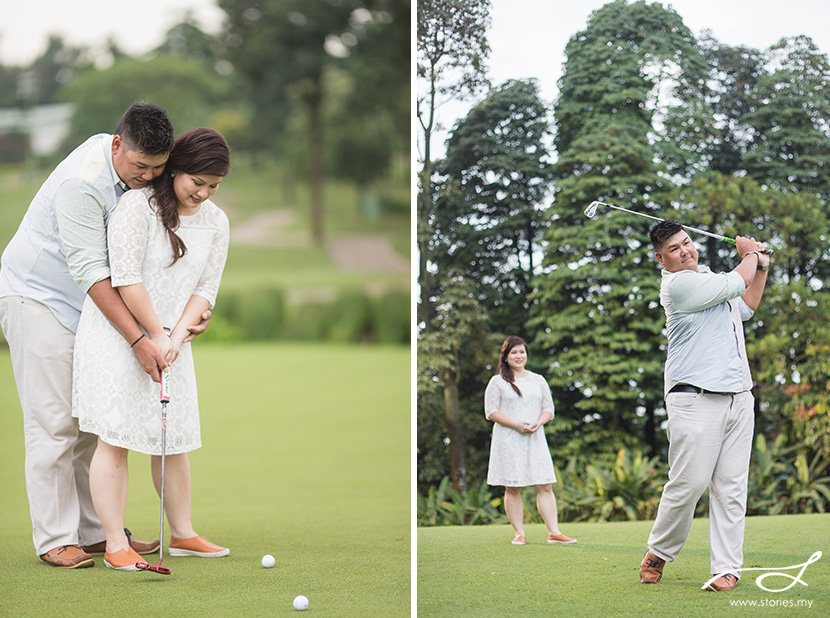 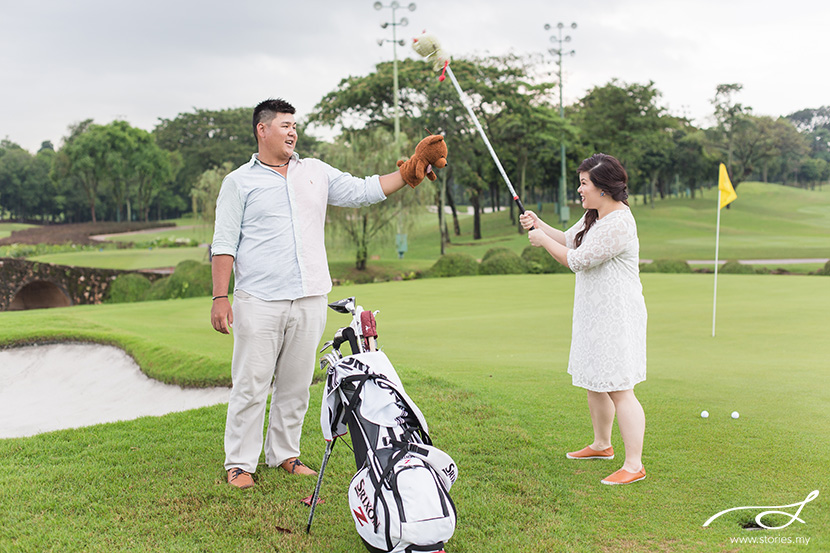